This is to notify you that a Final Settlement Agreement has been reached in the Ross, Roy, Satalic class actions (also known as the LGBTQ2 class actions), which may be of interest to you.

We hope you’ll join our president for a moment of gratitude and reflection for the excellent public servants who are helping Canada navigate the current public health crisis.

Federal Retirees has joined forces with Preferred Partner Tradex and HealthPartners to deliver a pre-retirement course aimed at demystifying retirement for public servants and filling in the gap left by the cancellation of the D001 “Planning for Retirement” course offered by the Canada School of Public Service until 2015. 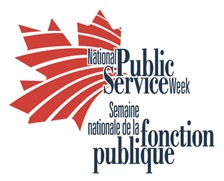 Does your retirement future look bright?

Please note that this event will be carried out in English. Subsequent sessions in French may be offered if demand warrants.

Canada’s national flag flying at half-mast during National Public Service Week at the Claude Edwards Building in Ottawa honouring the contributions of Canadian public servants who have passed away.

As the largest association in Canada representing former public servants, Canadian Armed Forces and RCMP members, the National Association of Federal Retirees (Federal Retirees) took part in today’s ceremonies where the Prime Minister made an apology to LGBTQ2 people who were forced out of the pu

Thousands of you have been affected by Phoenix pay system problems over the last three years, and many of you have called us to inquire about compensatory measures.

Some federal employees and retirees have been living under the shadow of Phoenix and related financial pressures for over four years.

Michael Wernick, the Clerk of the Privy Council, Secretary to Cabinet and Head of the Public Service, recently delivered the 25th Annual Report to the Prime Minister on the Public Service of Canada for the fiscal year ending March 31, 2018. 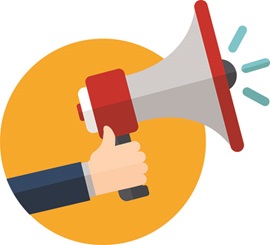 Federal Retirees president Jean-Guy Soulière has something he’d like to say to current and retired public servants – thank you, thank you!

Canada’s national flag flying at half-mast during National Public Service Week at the Claude Edwards Building in Ottawa in memory of the passing of Federal Retirees members.

Federal Retirees applauds the Federal government for finally proposing new measures to support employees who were forced to reimburse a salary overpayment to their employers - a measure that’s particularly relevant to those impacted by the federal Phoenix pay system.

Canada’s national flag flying at half-mast during National Public Service Week in memory Federal Retirees members who have passed away.

The Public Service Alliance of Canada (PSAC) announced on July 9, 2020 that it had negotiated a $2,500 general damages compensation for all its members employed by the federal public service between

Please note that this event will be carried out in English. Subsequent sessions in French may be offered if demand warrants.

Your support matters! Last year, retirees donated just over $3 million through the GCWCC.