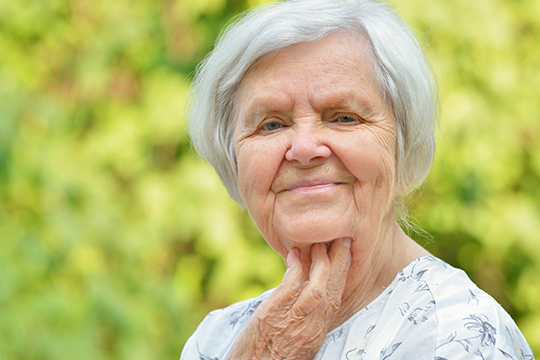 Meet the MP who finally got a National Seniors Strategy moving

Got a question about what a National Seniors Strategy should look like? Just ask Marc Serré, Nickel Belt MP and the person who finally got things rolling last May.

Mr. Serré's private members' motion to develop a National Seniors Strategy was passed in the House of Commons by all parties.

Now MPs are working across party lines to improve the quality of life for Canadian seniors and provide better support to caregivers.

Jean-Yves Duclos, Minister of Families, Children and Social Development, is conducting consultations on the motion.

And the Commons Human Resources Committee is conducting hearings across the country to hear from witnesses on how a seniors strategy can set up and what it should do.

A National Seniors Strategy has been on the radar of health and social policy experts for years. But the idea was going nowhere on Parliament Hill until Mr. Serré’s successful motion.

So, what does Mr. Serré have in mind? The Sudbury Liberal MP wants a framework built on four pillars — education, community support systems, an Alzheimer's and dementia strategy, and homecare.

Education would be a top priority, not only for seniors but also for those who look after seniors and those who interact with them on a day to day basis.

"I think that far too often when people retire they figure (it’s) well that's it. But you're retired, you're not dead," Mr. Serré told a Sudbury radio station.  "We want to educate seniors on their value to our society, and let others know they these people still have a lot more to give."

Investing in community support systems is also important. We need systems in place to protect seniors from things like fraud.

A collaborative effort between all levels of government is key in putting this strategy into place, and that seems to be happening.

"Home care is an element that the federal government has already put some money into, we've been negotiating with the provinces on signing home care agreements," he said.

"We really need to look at how do we add more resources to home care and look at best practices. Some provinces are doing a better job than others and we need to have this dialogue nationally and share those best practices," he added.

"It's not all about money. There are other elements that can come into play."

More affordable housing for seniors is another priority for Mr. Serré. Many seniors are living in poverty or living in care facilities that they don't require.

"There are a lot of seniors living in long-term care homes that shouldn't be, but they can't afford to live on their own. We really want make sure that a large portion of funding is allotted to affordable housing for seniors and low-income families."

As in most communities in Canada, the waiting lists for affordable housing and long-term care facilities are a huge issue in Sudbury. There are no signs of improvement any time soon.

"There are silos right now, there's affordable housing, there are long-term care facilities, there's the hospital with ALC (alternate level care) beds, there are dementia care services,” he said.

“We've got to find a way — and this is part of the national strategy — to get all the organizations, from all levels of government to get together and stop these silos.”

Federal Retirees President Jean-Guy Soulière told a House of Commons committee Oct. 5 that a National Seniors Strategy represents an opportunity to keep Canadians healthy, productive and contributing to a growing economy in their older years.

Speaking to the human resources committee, Mr. Soulière said a seniors strategy should not be viewed as a short-term measure with 16.9% of the Canadian population over age 65. Thanks to medical advances, average Canadian life expectancy has increased 30 years in the past century to the current 83 years.

“Canadians and all three levels of their government have a lot of catching up to do.” he said.

He added he was glad to see the committee focus on three aspects of seniors policy — access to affordable housing, income security and social policy — because they are all related.

“Any physician will tell you a miserable life will make you sick,” he said. “Unhealthy people cost the health care system. They cannot contribute to society or the economy.”

The all-party committee of MPs is conducting a study of what should be in a National Seniors Strategy after the House of Commons passed a motion last May to develop such a strategy.

“Get ready for a new definition of retirement. Let’s get it right.”

Canada came up third to last in the latest study of health care in 11 developed nations by the Commonwealth Fund, managing to beat out only France and the bottom-ranked United States.

The 2017 study by the New York-based research foundation cited several weaknesses in Canada’s health care system that keep us behind top-ranked countries like Australia, the United Kingdom and the Netherlands.

These include Canada’s comparatively higher infant mortality rate, the prevalence of chronic conditions, long wait times in emergency rooms and to see specialists, poor availability of after-hours care, and a lack of reliable coverage for things like dental work and prescription drugs.

Canadians are not getting value for money because we spend 10% of GDP on health care while many higher-ranked countries spend less and still manage to come out on top, the study noted.

But there was some good news in the study.

Canada has some of the lowest mortality rates for patients who end up in hospital following a heart attack. Survival rates for certain types of cancer are also comparatively high.

Canadian doctors were less likely to complain of wasting too much time on administrative tasks.

The Commonwealth Fund’s last review of the health care systems across the 11 affluent countries in 2014 saw Canada ranked second to last.