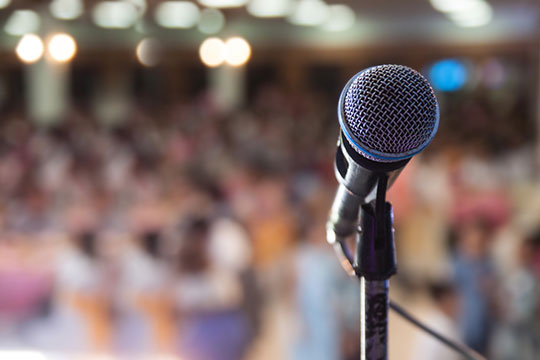 In June 2017, the House of Commons Standing Committee on Finance launched the pre-budget consultation process, inviting individuals and organizations to share their priorities for 2018’s federal budget dollars – and Federal Retirees is representing its members’ interests.

The government carried forward last year’s themes of economic growth, productivity, and competitiveness, and focused 2018 budget consultations on federal measures ranging from education and training, to health and housing, that would help Canadians and Canadian businesses up their productivity and maximize their contributions to the economy.

When we hear (or read) the word “productivity”, most of us automatically think about a manufacturing setting and, let’s say, the production of widgets. And while productivity as a measure has everything to do with weighting economic outputs, like Gross Domestic Product or GDP (and yes, sometimes widgets, or cars, or washing machines), with inputs like labour hours, there’s a lot more to it – and our contributions to productivity and a strong economy don’t end when we leave the workforce or as we age.

We know that seniors remain active and independent contributors to economies, able to spend on goods and services and to contribute to better trade balances. That ability depends heavily on whether the social determinants of health are addressed: access to affordable and appropriate housing and communities, retirement income security, and social safety nets such as health care (including homecare and long-term care).

But gaps in Canada’s social policies are becoming barriers to seniors’ independence and the essential role they play in vibrant, healthy communities and economies.

Federal Retirees has long supported a National Seniors Strategy focused on homecare, housing, and community life, and we’re calling for renewed focus on in the 2018 budget. Such a strategy would provide the blueprint for an integrated continuum of care to meet the needs of a growing seniors population as well as support a strong economy across generations – especially since gaps in seniors-focused care solutions increase pressures and demands on family caregivers, which is in turn impacting national productivity and costing our economy. Continuing to rely on unpaid caregivers to provide elder care – as our population ages – is not the visionary solution that Canadian seniors, families, or businesses are looking for.

But for those without defined-benefit pension plans, retirement security is harder than ever to achieve for many Canadians. Pension coverage is on the decline, Canadians’ savings are low, there are serious drawbacks to tools such as RRSPs, gaps remain on the recent CPP expansion, and census data has revealed increasing senior poverty rates. Addressing these gaps is essential in any plan for Canada’s continued economic growth.

The legislation would introduce a target benefit pension plan framework in Canada’s federal pension landscape. Done fairly and in the right way, as new plans on a go-forward basis only, target benefits could make retirement more secure for some Canadians. Unfortunately, Bill C-27 will allow target benefit plans to replace good defined benefit plans and many working and retired Canadians’ existing earned retirement pensions, which will have longer-term negative impacts on local and national economies. To that end, Federal Retirees continues to ask Prime Minister Trudeau to honour the promises made in the lead-up to the 2015 election, and shelve Bill C-27 immediately.

On the Legislative Agenda

Most pundits agree that the federal government has a heavy legislative agenda for the fall sitting: marijuana, national security, transport modernization, and access-to-information laws are all on deck, with tax and elections reform expected to follow.

The tax issue is likely to loom large this fall and into the winter, as we get closer to the 2018 federal budget reveal. Consultations held by Finance Canada over the summer have been characterized by pushback from the private sector, and calls of foul play on the government’s characterization of the issue as one of “fairness”.

It’s a contentious issue, and likely a hard battle to win. We can expect a lot of spin from all parties, and tactics to distract from the tougher issues that are at the front of mind for most retirees – such as the national seniors’ strategy and Bill C-27.

Take, for example, a recent (September 19) op-ed for the Globe & Mail by Fred Vettese, Chief Actuary for Morneau Shepell, an actuarial and employee benefits firm. If the Liberal government’s proposed tax rules are about fairness, Vettese contends, then federal public sector pensions should be converted from defined benefits to target benefits. That’s the fairest way, he says, to tackle the deficit and promote fairness.

At best, Vettese’s comments are a diversion and a distraction. Canadians are struggling to save for retirement, and “fairness” isn’t about creating a race to the bottom. Public policy must focus on making retirement more secure. Focusing on public sector pensions yet again – that are being earned by contributors over several decades of bi-weekly payments – as the whipping boy isn’t going to create more retirement security for other Canadians.

At worst, Vettese’s contentions are misleading. First, there’s a lot more to federal public sector pension accounting than he explained. Pensions as a principle are a matter of deferred wages: a deal is a deal and employers should not be able to take back compensation they promised to their employees or retirees.

And, let’s just imagine for a second that Bill C-27 proceeds, or that federal public sector pensions are converted to target plans. Target benefit plans require more frequent, more complex actuarial valuations. Who does those valuations? Well, individuals like Fred Vettese and companies like Morneau Shepell. So who really stands to gain from target benefit plans?

Time – and our efforts – will tell whether the government focuses on retirement security and a national seniors strategy.

“Seniors are still helping our local and national economies go around,” says National Association of Federal Retirees President Jean-Guy Soulière. “And with a higher proportion of seniors than youth than ever before, it’s imperative that governments invest in forward-thinking and age-friendly initiatives that will enable generations of Canadian seniors – including their families and our not-yet-seniors – to continue to be a force in our communities and economies.”

Federal Retirees has also recommended a dedicated voice for seniors in cabinet, much as we have a Minister for Youth. Canadians understand the need for a Minister Responsible for Youth: youth, after all, are Canada’s future. But seniors, the largest growing demographic in Canada with more than ever before to contribute, should have a dedicated voice advocating for their unique needs within government, ensuring we always view public policy decisions through a seniors’ lens.

“We’re at the mid-mandate point of “sunny ways”, and the 2019 election is coming into sight,” notes Soulière. “Our expectation is that the 2018 federal budget will have renewed focus and action on seniors’ health care and retirement security priorities.”