First cabinet of the 43rd Parliament announced – what does it mean for Federal Retirees? 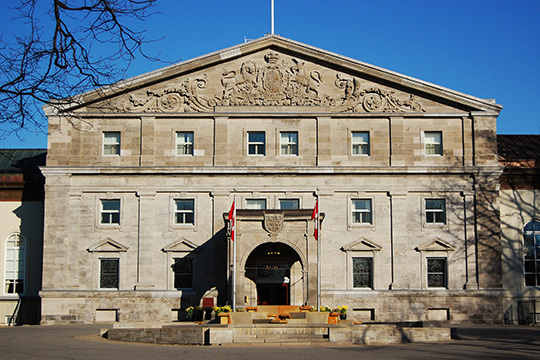 This afternoon, Prime Minister Justin Trudeau announced the first cabinet of the 43rd Parliament of Canada. The Liberal party was re-elected in the general election held on Oct. 21, 2019, with a minority government. The Liberal party saw some significant losses in Western Canada during the last election, leaving them without a single seat in Saskatchewan and Alberta. Since election day, there has been much speculation as to how the Prime Minister would ensure regional representation around the cabinet table.

In the last election, the National Association of Federal Retirees ran a robust campaign to ensure our four key priorities – retirement income security, a national seniors strategy, support for veterans and their families, and pharmacare – were front and centre on the political agenda. Following this afternoon’s announcement, Federal Retirees will refocus efforts on meeting with the ministers that oversee these areas.

“We are pleased to see that many familiar faces have been named to cabinet. During the last Parliament, Federal Retirees was happy to work alongside these ministers to advance the priorities of our members and all Canadian seniors,” said Jean-Guy Soulière, president of the National Association of Federal Retirees. “We are looking forward to continuing our existing relationships and building new ones to continue this important work.”

On broader issues of retirement income security, the minister of finance plays a key role. Bill Morneau (MP for Toronto-Centre, Ontario) has been reconfirmed as finance minister – having served in that role for the entirety of the last Parliament. In October 2016, Morneau introduced Bill C-27, which would allow employers to make changes to defined benefit pension plans, even after they have been earned. In response, the National Association of Federal Retirees, along with some 20 partner organizations with the Canadian Coalition for Retirement Security, launched the “Honour Your Promise” campaign to fight this legislation.

With our members and supporters, Federal Retirees delivered over 50,000 emails to members of Parliament and the finance minister, asking to have this problematic legislation abandoned, and the Association president and staff had productive meetings with finance department representatives. And it worked. The legislation fell silent and remained right where it started – at first reading, on the order paper. When the House of Commons rose in June 2019, and with the call of this fall’s election, Bill C-27 effectively died.

“During the last Parliament, Minister Morneau introduced and championed Bill C-27 – legislation that could set a dangerous precedent for retirement income security in this country,” said Soulière. “During a telephone town hall we hosted for this fall’s election, the Liberal candidate representative (and since re-elected MP) assured our members that ‘This bill [Bill C-27] is dead. Dead. Dead. Dead,’ and that the next Liberal government would not revisit a bill like this. We are looking forward to meeting with Minister Morneau and members of his team to confirm that legislation like Bill C-27 will not rise from the ‘dead’ and reappear on the floor of the House of Commons in this Parliament.”

Federal Retirees is also looking forward to working with Mona Fortier (MP for Ottawa-Vanier, Ontario) on this file, given her appointment as minister of middle-class prosperity and associate minister of finance. As the Association’s local member of Parliament, Federal Retirees has enjoyed an excellent working relationship with Minister Fortier thus far.

On a national seniors strategy, the minister of seniors will be crucial. After finally naming Filomena Tassi (MP for Hamilton West-Ancaster-Dundas, Ontario) in summer 2018, Federal Retirees remained hopeful the position would continue. Federal Retirees is pleased to see Deb Schulte (MP for King-Vaughan, Ontario) named to this crucial role. Given Minister Schulte’s former role as chair of the Liberal Seniors Caucus, Federal Retirees is looking forward to building on this experience and the relationship we established with Minister Tassi during the last Parliament.

“The National Association of Federal Retirees worked long and hard to see a minister of seniors finally named to cabinet in the summer of 2018,” said Soulière. “We were pleased to work alongside Minister Tassi on a number of key initiatives during the last Parliament, and look forward to continuing this work with Minister Schulte and her team.”

On a national seniors strategy and on pharmacare the new minister of health will play an important role. From palliative care to dementia to the administration of a national pharmacare program, the minister will be important. Federal Retirees is looking forward to meeting with the newly named minister of health, Patty Hajdu (MP for Thunder Bay-Superior North, Ontario) to discuss these issues and how they relate to a national seniors strategy and senior health.

In the last Parliament, Veterans Affairs saw five ministers throughout the term. Federal Retirees is pleased to see Lawrence MacAulay (MP for Cardigan, Prince Edward Island) reconfirmed to the post to offer some continuity to this important file.

“In the last Parliament, some key portfolios had stable, consistent leadership – Veterans Affairs was not one of them. The seemingly constant shuffling of ministers in and out of that portfolio contributed to many veterans continuing to feel overlooked by our government,” said Soulière. “We are looking forward to continuing to work with Minister MacAulay to provide stable leadership to Veterans Affairs and to working towards solutions that address many of the long-standing concerns of our veteran members and their families.”

Given Trudeau’s approach and the importance of ensuring regional representation around the cabinet table, the National Association of Federal Retirees will be working hard to ensure that all members have a voice with all ministers relating to our key areas. For a full listing of the new cabinet, click here.