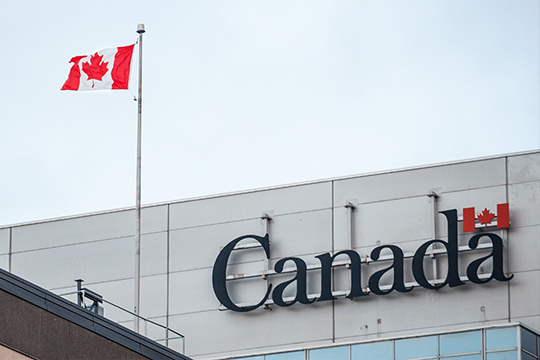 The 2019 federal budget stops short of announcing full pharmacare — at least for now — but retired Canadians are major recipients of pre-election largesse from the Trudeau government.

Yet with the general election looming, many of these budget items are also contingent upon the Liberals’ re-election in the fall.

Secure and dignified retirement for Canadians

These include new measures to protect pensions in the event of insolvency of an employer.

The budget promises insolvency proceedings will be made fairer, more transparent and more accessible for pensioners and workers. This would include giving courts more power to review payments to corporate executives in the lead-up to insolvency.

Also pledged is better oversight of corporate behaviour. Federally-incorporated firms will be required to disclose policies pertaining to workers, pensioners and executive compensation. Or explain why such policies are not in place.

In the event a pension plan is terminated, federal pension law will be clarified so that the fund must still provide the same benefits as when the pension plan was ongoing.

Other enhancements for retirement security include extension of the earnings exemption with the Guaranteed Income Supplement (GIS). The exemption would be extended to self-employment income. In addition, Ottawa would provide full or partial exemption on up to $15,000 of annual income for GIS recipients, as well as their spouses.

The New Horizons for Seniors Program, whose mission is to prevent isolation in retirement, is being topped up with $100 million over five years, with $20 million a year ongoing.

To help Canadian workers receive full value of their Canada Pension Plan benefits, the budget plans to proactively enrol CPP contributors who are aged 70 and older in 2020, but who have not applied to receive their benefits.

A step forward on pharmacare

Ottawa moved forward on what it called “three foundational elements of national pharmacare.”

1. A Canadian Drug Agency, which is supposed to build on past successes of bulk-buying led by the provinces and territories and take a co-ordinated approach to assessing effectiveness and negotiating prescription prices for all Canadians. Ottawa aims to lower prescription drug prices by up to $3 billion per year for Canadians in the long term. Some $35 million is being earmarked over four years starting immediately to establish a drug agency transition office in partnership with the provinces and territories.

2. A national formulary will be developed as part of the drug agency to provide a consistent list of drugs and facilitate patient access across the country.

3. A national strategy for high-cost drugs for rare diseases — something the government calls an important first step in expanding drug coverage through federal support. Here Ottawa plans to spend $1 billion over two years, starting in 2022-23, with up to $500 million a year ongoing.

Canadians now pay the third highest drug prices in the world behind the U.S. and Switzerland for prescription drugs. Brand-name medicines cost on average 20 per cent more in Canada compared to other advanced economies.

The budget described these measures as important first steps to a system that helps Canadians “get the prescription drugs they need to stay healthy.”

Over the coming months Ottawa plans to work with the provincial and territorial governments to develop the agency’s mandate.

The budget follows the key recommendations of an interim report in February of the Advisory Council of the Implementation of National Pharmacare.

The advisory council is set to report again by June. But by now it is becoming apparent a pharmacare system may be years away just as Canada’s medicare system took six years from 1966 to be fully formed.

While the budget includes elements to support aging in Canada, what is still missing is a co-ordinated plan and dedicated funding to implement a national seniors strategy.

In a step toward closing the file on another longstanding seniors’ issue, Health Canada is getting $50 million over five years, starting this year, for implementation of a national dementia strategy.

It is estimated that more than 400,000 Canadians suffer from dementia.

Support for veterans and their families

The 2019 budget delivers on a long-standing election promise and mandate letter commitment to veterans and their families – better financial supports available to veterans who married over the age of 60 and their spouses. Budget 2019 commits $150 million over five years to VAC starting in 2019-20, to set up the new Veterans Survivors Fund. The federal government will work with the community and stakeholder groups to find impacted survivors, process their claims and ensure those survivors have access to the benefits and financial support they need.

“Considering the average survivor pension is around $14,245 for survivors of veterans, there’s clearly work to be done on their income security and this is a welcome budget commitment for some of our members. But this also impacts the RCMP, and the federal public service in a slightly different way — so we’re anxious to get more details and understand how this will impact all of our members,” notes Sayward Montague, Federal Retirees’ director of advocacy.

In the ongoing struggle to address veterans’ grievances, the budget plans to expand access to support from the Canadian Armed Forces Transition Group to ensure all CAF members — and not just those who are ill or injured — benefit from personalized support services.

Training will be enhanced for transitioning to civilian life. Service to departing members will be improved by making information sharing by Veterans Affairs and National Defence simpler and more streamlined.

Also planned is the launch of a personalized transition guide, available through a service member’s My VAC account to enable better navigation of the entire process. A new online questionnaire will be launched to help Veterans Affairs identify members facing a difficult transition.

“We know that the Canadian Forces new transition group is poised to do some great work, so seeing funds attached to ensuring that work is expanded on and accessible to more serving members, veterans and families, is good news,” says Jean-Guy Soulière.

To bolster resources, the budget would provide Veterans Affairs and National Defence with $135.1 million over six years, effective in the current fiscal year ended March 31, and with $24.4 million a year ongoing.

Budget 2019 will establish a Centre of Excellence on Chronic Pain Research to help address the high rate of chronic pain experienced by veterans, which is almost double that of the general Canadian population. The initial funding is $20.1-million over 5 years, starting in 2019-20, with an additional $5-million per year going forward.

The federal budget touched on the new “pension for life” option – an approach to income replacement that ended around 2006 with the New Veterans Charter, which many experts have said provides less income security for disabled veterans. Advocates have been concerned at the scant detail available on pension for life, and there is division on whether the new option will meet the financial needs of veterans and their families. The program launches in just weeks, on April 1, 2019.

And finally, in another chapter in the sad saga of the Phoenix pay system, the budget is coughing up another $21.7 million immediately to address “urgent pay administration pressures.”

Also coming is $523.3 million over five years, starting in the next fiscal year, to address the ongoing litany of payroll errors. Canada Revenue Agency is getting $9.2 million in the new fiscal year to address tax adjustments resulting from Phoenix errors.