What’s in it for you: Reporting on federal ministerial mandate letters 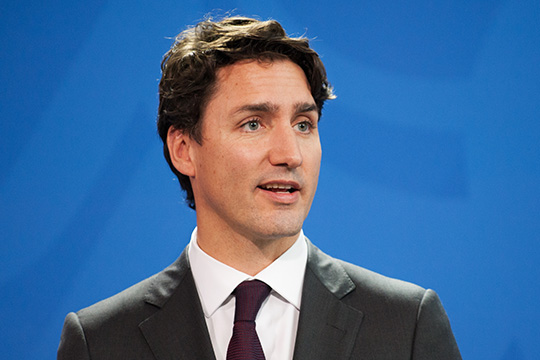 Mandate letters were made public for the first time in 2015 in an effort to increase transparency and government accountability by allowing Canadians to understand the government’s priorities and track its progress. Below, you’ll find our analysis of what’s in store for the departments and issues that affect Federal Retirees and our members.

The new Treasury Board president Jean-Yves Duclos is being handed a series of fairly vague tasks, including bargaining in good faith with Canada’s public sector unions (including the new union representing RCMP members); improving the satisfaction of Canadians with the quality, timeliness and accuracy of services they receive from the Canada Revenue Agency; increasing the number of women in senior decision-making positions within the federal public service; and strengthening oversight of expenditures and financial reporting by all departments.

While most of this affects the current Government of Canada workplace, the commitment to good faith bargaining could be a positive sign for Federal Retirees as we head into negotiation and renewal discussions on the Public Service Health Care Plan (PSHCP). “The explicit commitment to good faith bargaining is a good sign – we’re looking for a much better process and outcome to PSHCP negotiations than we saw several years ago when the previous government acted to unilaterally increase PSHCP premiums after a deal had already been made,” notes Federal Retirees president and PSHCP pensioner representative Jean-Guy Soulière.

Dealing with the Phoenix pay system, from finding its replacement to dealing with the backlog of outstanding pay issues, is the joint responsibility of the minister of digital government, Joyce Murray, and the minister of public services and procurement, Anita Anand. Thousands of our members have been affected by the issue-plagued pay system, and we urge the ministers responsible for this file to prioritize finding a replacement and properly compensating those who have been affected.

As minister of veterans affairs and associate minister of national defence, Laurence MacAulay is tasked with many of the promises that were made to veterans and their families during the election period, namely establishing a new benefit of up to $3,000 in additional free counselling services before a disability claim is required; implementation of a system of automatic approval for the most common disability applications; and building new purpose-built accessible and affordable housing units for veterans. The National Association of Federal Retirees is also encouraging this government and Minister MacAulay to prioritize systems changes that will lead to better outcomes for veterans, including an easier transition to civilian life, rebuilding trust and addressing the many challenges unique to women veterans.

In the minister of health’s mandate letter, Patty Hajdu is charged with overseeing the health care priorities that have been at the forefront in recent years and during the election. Minister Hajdu’s deliverables include working to ensure that every Canadian has access to a family doctor or primary health-care team; setting national standards for access to mental health care; continuing to make home care and palliative care more available across the country; and implementing a national universal pharmacare program. Minister Hajdu has also been instructed to study and analyze the possibility of national dental care.

“We’re pleased that the most pressing health-care issues identified in the health minister’s mandate letter reflect what our members brought forward during the federal election campaign,” says Soulière.

“The fact that this government listened and appointed another seniors minister is important, something we applaud,” says Federal Retirees CEO Simon Coakeley. “I’ve already had the opportunity to chat with Ms. Schulte shortly after she was appointed, and I’m looking forward to having more in-depth conversations with the minister and her team.”

During the federal election, the Liberals committed to increasing Canada Pension Plan survivor benefits by 25% and Old Age Security (OAS) by 10% for those who are over the age of 75. The increases are welcome, but we know that many survivors and older Canadians are in serious financial need and it’s not clear whether these changes will improve things where they’re most needed, how this will affect the longer-term sustainability of these programs and whether there are any retroactivity provisions.

When it comes to the health and social issues impacting older Canadians, Minister Schulte has a long list to address, including implementing further efforts to enhance consumer protections that respond to the needs of older Canadians; ensuring older Canadians’ housing needs are reflected in the national housing strategy; strengthening Canada’s approach to elder abuse by developing a national definition, investing in better data collection and law enforcement related to elder abuse, and establishing new criminal offences and penalties related to elder abuse; and promoting healthy aging by ensuring that government investments in home care, palliative care and community care are coordinated and have the intended impact.

It’s clear that the seniors minister and health minister will be working closely together. The seniors minister is also charged with supporting the implementation of pharmacare and delivering health-care commitments relevant to seniors, such as ensuring access to a family doctor and establishing national standards for mental health services.

“A glaring gap in the seniors minister’s mandate letter is the absence of a national seniors strategy,” says Coakeley. “Meeting the growing and evolving needs of our aging population requires a coordinated and integrated effort involving all levels of government, and the only way to ensure the success of such an approach is with the federal government playing a key leadership role. So clearly, we have work to do to help this government prioritize that!”

Mandate letters give insight into most priorities of a government, “but they are simply a roadmap,” Soulière notes. “With a roadmap, you’ll sometimes need to take a detour, maybe find a bridge to get to where you need to be, and you’ll need the support of navigators along the way. We’re looking forward to helping this government navigate toward a strong, sustainable future for Canada’s federal public sector retirees and veterans and for all older Canadians.”