Forging a pathway to national standards in long-term care 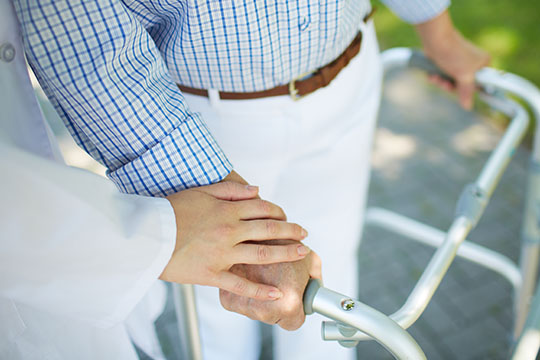 Colleen Flood, director for the University of Ottawa Centre for Health Law, Policy and Ethics, shares her vision for long-term care transformation.

Over the past decade or more, there has been a growing recognition that Canada’s long-term care (LTC) system is in need of a major overhaul. With depressing regularity, media exposés across the country tell stories of shocking neglect and mistreatment in nursing and retirement homes, occasionally pointing to underlying, systemic causes: an overreliance on costly institutional care, lax quality and safety regulation and intensifying care needs among seniors who have no alternative but to remain in the system. COVID-19 crashed into this already broken system, laying bare its many vulnerabilities. Of Canada’s confirmed and probable COVID-19 deaths, 85 per cent were in LTC homes — far higher than the comparator countries examined in a recent study by the U.S. Department of Health and Human Services.

Several factors conspired to produce these disastrous outcomes. Governments prioritized infection control in hospitals, returning infected patients to LTC homes and triggering outbreaks. There was a failure to provide LTC facilities with adequate personal protective equipment and enforce infection control measures. There was insufficient testing and tracing — even as contract staff itinerated between LTC facilities, trying to earn a living despite the low wages and lack of sick leave.

Grave as they are, these failings are mere symptoms of deeper issues in the governance of Canadian LTC. One issue is the lack of political accountability. Some 4 per cent of Canadians over the age of 65 live in LTC facilities. While this is higher than most countries, it is a segment of society that by its numbers alone, is easily marginalized in the contest for public attention and resources— and then there are compounding factors of ageism, disablism and sexism (women are overrepresented both among residents and staff of LTC). A second issue is a heavy reliance in some provinces, for example, Ontario, on private, for-profit providers, whose incentives are often to squeeze profits by understaffing. A third issue is inadequate regulation: readers may be aware, for example, of how Ontario’s inspection regime for long-term care facilities had slowed to a near-standstill in the years leading up to the pandemic. A CBC report found that only 9 of the province’s 626 homes received a comprehensive quality assessment in 2018.

Without major reforms in how LTC is organized, funded and regulated, these challenges will only intensify as Canada’s population ages over the coming decades. A recent report by the National Institute on Ageing (NIA) projects that long-term care costs will more than triple in real dollars by 2050, eating up nearly 20 per cent of revenues from personal income taxes, federal and provincial. Lower fertility rates and socioeconomic shifts are projected to bring a 30 per cent reduction in the availability of unpaid caregiving over the same period.

Broadly speaking, three types of reform are needed: new investments in LTC facilities, coupled with clear, enforceable quality standards (particularly around staffing); investments in home care, so that more people can age in place; and support for informal care providers, including respite programs, time off work, cash benefits and training.

It is, of course, notoriously difficult to achieve federal and provincial/territorial cooperation around systemic reforms in this area. For the provinces, health care already accounts for around 37 per cent of program spending, creating an understandable reluctance to undertake new, long-term fiscal commitments in LTC. An obvious way forward would be for the federal government to flex its spending power, as it does with medicare, to lure the provinces to sign onto national standards for LTC. However, the provinces are jaded by the federal government’s vacillating financial commitment to medicare, and would demand a large up-front federal investment, with an iron-clad guarantee of sustainability.

In taking this approach to national reforms in LTC, there are lessons we can learn from our experiences with medicare. One key lesson concerns the importance of transparency and accountability. National standards for LTC should include a requirement that each province/territory establish an arms-length, independent panel — with no government or industry representation except as observers — to set standards for LTC facilities, retirement homes and home care. These must include formal processes for assessing residents’ individualized needs, which in turn will trigger formal requirements in terms of staffing levels, training and so on — thus ensuring that levels of care are calibrated to residents’ needs on an ongoing basis.

Moreover, there must be transparent reporting on how facilities perform relative to these standards, monitored under the auspices of an independent regulator. These arm’s-length panels should report not only to their own provincial government but to the federal government directly, enabling us to identify high-performing provinces and learn from their successes, as well as detect when provinces are falling behind. As a further check on quality of care, the federal government should fund a Seniors’ Ombudsman, to whom complaints can be made when established standards are not met.

New funding and quality standards for the formal LTC sector are not enough: we also need stronger supports for informal caregivers, who make a tremendous contribution to our society, often at the cost of major disruption to their lives and careers. There are many policy options here, including job-protected leave legislation, flexible work schedules and improved social security benefits for caregivers. There is also room for policy experimentation in this space. Over 50 per cent of OCED countries have had some success with cash-for-care benefit programs — direct public transfers to LTC recipients (or their caregivers) to support care at home, whether by family and friends or formal providers.

The COVID-19 pandemic is an ongoing stress test of how countries protect their most vulnerable. The results are now in, and Canada’s LTC system has failed our elderly population, abysmally. Canadians living in LTC homes and their families — as well as those Canadians who may need care in the future, deserve a reckoning and a bold path for reform. The federal government should strike a Royal Commission to set out this path for reform including the “how” of new federal cost-sharing legislation supporting long-term care. It is truly scandalous that a country that takes such pride in its universal health-care system would show such profound and prolonged policy neglect in the adjacent sphere of long-term care. If you agree, now is the time to make your feelings known to your elected officials at all levels of government.

Federal Retirees is calling for sustained federal funding tied to enforced principles and national standards for long-term care, developed in collaboration with provincial and territorial governments.