Conservative platform promises relevant to you 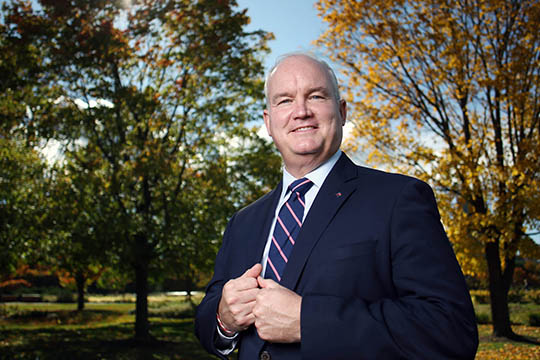 The Conservative party, led by Erin O’Toole, asserts that “it’s time for the government to better protect pensions” in their election platform.

Canada’s Conservatives have a plan to help seniors stay in their own homes, improve the quality of long-term care and maintain financial security for seniors by ensuring that their pensions are secure,” the platform says.

In order to help “seniors stay in their own homes or live with their kids,” a new Canada Seniors Care Benefit would pay $200 monthly per household to any Canadian living with and caring for a parent older than 70. It would increase the Home Accessibility Tax Credit to $10,000 per person from $10,000 per dwelling, and allow seniors or their caregivers, including their children, to claim the Medical Expense Tax for home care.

The party pledges $3 billion over three years to renovate LTC homes, and “encourage partnerships with private non-profits that have historically provided a significant amount of long-term care.” It would also boost the ranks of personal support workers by “providing priority in immigration programs to those who can work in long-term care or home care,” and by “promoting these careers through immigration and refugee settlement programs.”

The platform also vows to amend the Criminal Code to more strongly punish LTC operators for “failing to provide the necessities of life.”

The Conservative platform makes no mention of pharmacare, nor any mention of a plan to specifically address the costs of prescription drugs.

More generally on health, the “Conservatives will take immediate action to restore health funding and to tackle the urgent crises of mental health and addiction.”

The platform says that within 100 days, a Conservative government would meet the provinces and territories “to propose a new health agreement … that boosts the annual growth rate of the Canada Health Transfer to at least six per cent. This will inject nearly $60 billion into our health-care system over the next 10 years.”

The government would create a Canada Mental Health Action Plan in partnership with the provinces, and revise the federal government’s substance abuse policies “to make recovery its overarching goal.”

It would also “protect the right of patients to choose to receive care in a MAID-free environment,” and impose new practices and training on health-care practitioners to ensure “compliance with laws and best practices around MAID.”

Conservatives would fulfil the nation’s “promise to take care of [veterans] if they are injured in the service of our country and to help them and their families transition back to civilian life when their service is completed.”

Conservatives would “end the mess of two benefit systems … that do not work together” and replace them with “one system of benefits from enlistment through service and retirement.”/p>

It would ensure financial security and transition support for injured veterans and families, allow them to direct their own care and rehabilitation, and ensure the system is focused on “helping veterans build careers through partnerships with universities, colleges and businesses.”

The Conservatives would empower military doctors to determine service-related injuries for all CAF and VAC purposes, would revise “universality of service” and fitness categories to be job-specific, and allow those who wish to continue to serve after injury to retrain in an area where they can serve. Members to be medically released will have access to retraining in the CAF until all benefits and services from the CAF, VAC and Service Income Security Insurance Plan have been put in place, and the Lifelong Disability Benefit for injured veterans would be implemented. VAC frontline employees would be given the power to adjudicate claims.

Transferring to the reserves would be made a practical option that would balance the need for training and adapting to the civilian workforce.

A strategy to combat homelessness among veterans would include exploring the use of surplus military housing to provide housing. A Conservative government would cover the costs of post-traumatic-stress-disorder service dogs for veterans, and create training standards. The government would also complete the Afghanistan War Memorial, and fund “educational initiatives that teach Canadians about veterans’ service and Canada’s place in the world.”

A Conservative government would also target recruitment of women, Indigenous people and visible minorities while ordering an independent investigation into sexual misconduct in the military, and ensure that future complaints are made to an external, independent body outside the chain of command. The Canadian Forces and Department of National Defence Ombudsperson would become an independent officer of Parliament.

“It’s time for the government to better protect pensions,” the platform says.

A Conservative government would change legislation to give pensioners priority over “corporate elites” in bankruptcy or restructuring, and prevent executives from awarding themselves bonuses “while managing a company going through restructuring if the pension plan is not fully funded.” It would no longer force the conversion of underfunded pension plans to annuities, and would require companies to more clearly report the funding status of their pension plans.

To help seniors who continue work past retirement, the Conservatives would also double the maximum Canada Workers Benefit to $2,800 for individuals or $5,000 for families, and pay it as a quarterly direct deposit rather than an annual tax refund.