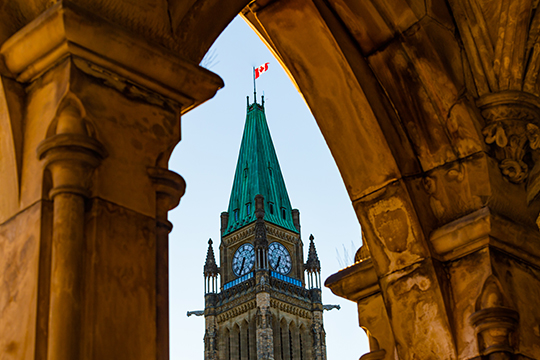 Parliament is set to resume today, and Federal Retirees expects real change for older Canadians, retirees, veterans and their families.

Canada’s 44th Parliament is set to resume today. As the government’s agenda takes shape, Federal Retirees expects action on the priorities that matter to our members and all older Canadians.

“It is far time for this government to get to work to fix these issues,” says Federal Retirees CEO Anthony Pizzino.

Federal Retirees has prepared a list of what we look to the government to initiate within the first 100 days of its new mandate.

After the disproportionate and tragic loss of life in long-term care over the pandemic, action is needed now.

Federal Retirees expects the government to take leadership and work with the provinces and territories to follow through on its commitment to meaningfully improve long-term care in Canada.

“National standards in long-term care require adequate funding, enforcement, and accountability. Otherwise, standards are toothless and won’t bring about the required improvements that are long overdue and that Canadians expect and demand from their governments,” says Pizzino.

Join our campaign and contact your MP today to demand accountability in long-term care.

2. Address inequitable outcomes in the military and veteran communities

The transition to civilian life can be especially challenging for those dealing with illness, injury or trauma.

Women in the military are being hurt, injured and medically released from military service at higher rates than men. There are also significant differences between the medical releases of men and women. Women are released for different reasons than men, reason that are still not recognized as service-related injuries. It takes longer for the federal government to adjudicate claims from military and veteran women, and women face challenges at the Veterans Review and Appeal Board related to gendered misconceptions about the nature of sexual assault and trauma.

Many aspects of military and veterans systems are gender-blind, resulting in systemic biases, research gaps and increased rates of injury and illness resulting in medical release for women. For a variety of complex structural and social reasons, the sex- and gender-specific issues and needs of women veterans have not been equitably addressed at the federal level in Canada.

Continued work and priority on prevention and addressing upstream risk factors that lead to poorer outcomes for some veterans is critical.

In addition, a committed application of sex- and gender-based analysis (GBA+)  when we speak about veterans issues is imperative. Without consistent use of GBA+, there can be unintended consequences that result in inequitable outcomes for the men and women who served Canada.

3. Close the unfair loopholes that impede some federal retirees from their earned pension and benefits and address Phoenix payments for retirees

The Public Service Superannuation Act (PSSA) unfairly disadvantages survivors of common-law relationships when it comes to eligibility for survivor benefits. Eligibility for common-law spouses is determined by proving the existence of the relationship prior to retirement for federal public servants, or prior to age 60 for veterans. Unfortunately, the relationship is only assessed after the federal retiree or veteran has died. Without evidence demonstrating the relationship existed prior to retirement or age 60 (depending on where the individual has retired from), survivors can be deemed ineligible for the survivor benefits to which they are entitled. This burden of proof places significant stress and worry. People are left uncertain if they will quality and assessment after death means the pensioner or veteran will never know if they can provide a survivor pension and important health and dental benefits to their partner. It may also disproportionately affect same-sex common-law spouses who may have been forced to hide their relationship during their career. This must be changed.

In 2012, federal public service pensions were changed, and two types of pension plan members were created — those who joined the public service prior to January 2013 and those who joined after (respectively, Groups I and II). A significant change was enacted by extending the retirement age for Group II pensioners by five years. Veterans who served Canada prior to 2013, who become public servants and transferred their pensionable military service to the public service pension plan, were unfairly overlooked and forced into the later retirement age group. Unlike someone who started their career in the public service at the same time, these veterans are considered Group II and have a later retirement date, even though they served Canada prior to the cut-off date (i.e., before 2012). It is an issue of fairness and also has a financial impact on affected veterans. The legislation must be amended to account for this service.

Additionally, the Phoenix pay system has continued to create issues for our members – from long-outstanding severance payments (some individuals have been waiting for five years for amounts in the tens of thousands), to settlement damage payments that have not been made to retirees. The Treasury Board has promised to make a form available for retirees to receive damage settlement payments still owed to them – although former Treasury Board president Jean-Yves Duclos had promised that this would be done by “early fall”. Ensuring that retirees are properly compensated must be a priority.

Federal retirees took note of the improvements made to the Public Service Dental Care Plan for active employees that were announced in 2018. Yet, the Pensioners’ Dental Services Plan (PDSP) has not seen meaningful enhancements since it was created 20 years ago.

Meanwhile, the cost of services and advances in dental care have changed over time and should be reflected in an updated PDSP. While many feel fortunate to have a dental plan in retirement, pensioners share 50 percent of plan costs. Good oral health is essential to overall health and well-being.

Negotiations on a renewed Public Service Health Care Plan (PSHCP) are underway. Under a newly elected government and a new Treasury Board president, Federal Retirees expects a the PSHCP renewal to remain a high priority in this mandate — with meaningful enhancements that will secure plan sustainability.

We expect the government to continue to work with the PSHCP Partners Committee to ensure the health care plan is negotiated fairly and expeditiously.

Federal Retirees will be meeting with cabinet members and MPs from across the country to share our priorities with this government.

And we need your help.

Join your peers in Reach 338  — a nationwide network of advocates working to advance our mission to significantly improve the quality and security of retirement for our members and all Canadians.

Remember, the more individual voices we have behind our advocacy efforts, the more weight our collective voice will carry.