Protecting yourself against phone and cyber scams 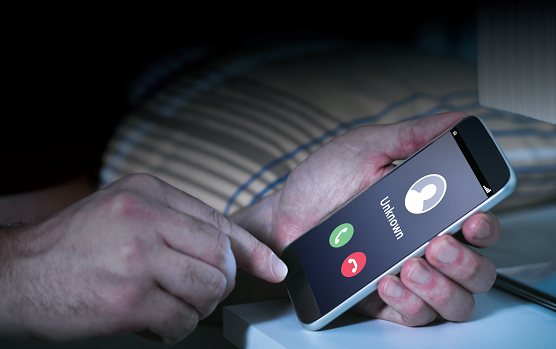 Consumers need to be vigilant as scammers become increasingly sophisticated in their approaches.

The automated caller said I won $2,550,000 in a sweepstakes, so I promptly hung up. Too late, says Martin Franssen. Your mistake, he says, was answering a call from an unknown caller in the first place. Let it go to voicemail. If it is legitimate, call the person back. Answering indicates to fraudsters using computerized systems that this is an active telephone number. Your voice could also indicate your age, which could imply your vulnerability. That information goes on a list of active numbers, which is then sold to fraudsters.

Franssen, a fraud investigator with Ontario’s Durham Regional Police, is a passionate advocate for seniors. In his off hours, he makes presentations across Ontario and lobbies for changes to regulations and legislation he thinks will protect seniors from financial victimization.

A host of studies and statistics forms the foundation of his concerns, which he developed as an investigator. According to figures compiled by the Canadian Anti-Fraud Centre, Canadians lost more than $113 million to fraud in 2018. And of the total, 25.3 per cent or $28 million, were losses attributed to seniors, an over-representation of the 16.8 per cent of the country’s total population aged 65 and over (numbers from the 2016 census). During the first two months of 2020, the centre counted 7,804 fraud reports, detailing the theft of $9.2 million.

In its public hearing on misleading or aggressive communications retail sales practices from 2018, the Canadian Radio-television and Telecommunications Commission concluded that 75 per cent of seniors reported having experienced misleading or aggressive sales practices. In its national survey on the mistreatment of older Canadians, the National Initiative for the Care of the Elderly found as many as 2.6 per cent of seniors might have been financially abused in 2015. That survey also found the perpetrator was, in 37 per cent of incidents, an adult child or grandchild, with 10 per cent attributed to strangers. The problem, the experts say, is the scams are believed to be grossly under-reported, with only an estimated five per cent reaching the ears of enforcement agencies.

“The underlying goal with fraudsters is a sense of urgency. When people feel that sense of urgency… we don't necessarily think as clearly,” says Kathy Majowski, chairwoman of the Canadian Network for the Prevention of Elder Abuse, and a nurse in Winnipeg. “They want you to try to deal with it [quickly] before you have a chance to think.”

That, she believes, contributes to the under-reporting, because after it’s all over, the victim is often left feeling that they should have known better. And some, observes Majowski, might fear their independence is at risk because they’ll be seen as not being able to manage their finances. She points out, however, that fraudsters are experts at what they do and have fine-tuned their approaches to maximize their success. She encourages seniors to reach out for help to the anti-fraud centre, police or advocacy agencies.

Leanne Coleman-Kamphuis, president of the Federal Retirees’ Portage La Prairie, Man., branch, went to the National Seniors Council’s town hall in Winnipeg last year in her ongoing efforts to keep her membership informed. She’s concerned aging seniors could be particularly vulnerable to the increased frequency and sophistication of scammers, particularly since she almost fell into their trap.

The retired nurse had been working on her computer when a pop-up message indicated she had a virus, with a phone number she should call. She called and her husband overheard the conversation. He took over the call, asked some targeted questions and the couple concluded it was a scam. “I figured if I could have almost fallen into that trap, what might happen to those who are more elderly,” says Coleman-Kamphuis, who turns 59 in June.

The Canadian Anti-Fraud Centre announced on its website that the national fraud-busting organization had itself been spoofed after learning there may be fake domain names and websites impersonating the organization and that even its toll-free phone number will show up on call displays, masking the phone numbers the scammers are actually using.

Poor grammar and spelling in emails used to be a clue. Now scam emails look as though they come from regular service providers, with email addresses that seem legitimate — or almost. But experts suggest we closely examine the address or any link if we’re thinking about hitting it — often an address that should have a capital i has a 1 instead, a trick that can fool the eyes into thinking it’s legitimate.

But sometimes looking closely isn’t even enough. The Canadian Anti-Fraud Centre announced on its website that the national fraud-busting organization had itself been spoofed after learning there may be fake domain names and websites impersonating the organization and that even its toll-free phone number will show up on call displays, masking the phone numbers the scammers are actually using.

Earlier this year, officials charged the “Canadian-based co-conspirators” accused of using a network of callers in India they estimate netted at least $17 million between 2014 and 2019 while pretending to be the Canada Revenue Agency. Other scammers purporting to be federal government services quickly sprang up. The COVID-19 pandemic then introduced a whole new set of scams this spring.

“Everyone should be vigilant because a new day can bring a new scam,” says Josephine Palumbo, deputy commissioner of deceptive marketing practices with Competition Bureau Canada, as she recites a lengthy list of deceptive products and services that have been reported since the COVID-19 crisis emerged. Some claim to have a test, prevention or cure, but Palumbo points out that Health Canada has approved no suchproducts. Pedlars of masks, ventilators and medications have also been accused of selling defective and expired products.

In her prevention work, Palumbo suggests a three-pronged approach to staying safe: recognize a questionable email, call or pitch at the door, reject it and report it through the Competition Bureau’s online reporting form or by contacting police.

Franssen further advises letting your answering service filter calls you aren’t expecting from numbers you don’t recognize. Cellphones provide the option of blocking calls. Most of us are too trusting when it comes to emails as well, he says, suggesting we never just assume that the sender is the individual they claim to be and to test them with a few questions and not to conduct financial transactions solely through email.

It’s key, he adds, not to reply to the phone number or email they provide. Look up the number of the purported organization. If it’s the CRA or any federal body, call 1-800-O-Canada (1-800-622-6232) and ask for that department. “They will tell you quickly enough if they’re looking for you.”

Majowski warns that wire transfers, gift cards such as iTunes, or prepaid credit cards requested in transactions are a red flag because they’re like cash, difficult to track and there’s very little chance that money will be recouped. Banking institutions and credit card companies have a level of insurance built into their services, so there’s a greater chance of them tracing where the money has gone and getting it back. She advises seniors to know the dangers and be aware of the scams. “Knowledge is power in this case,” she says.

This article appeared in the summer 2020 issue of our in-house magazine, Sage. While you’re here, why not download the full issue and peruse our back issues too?