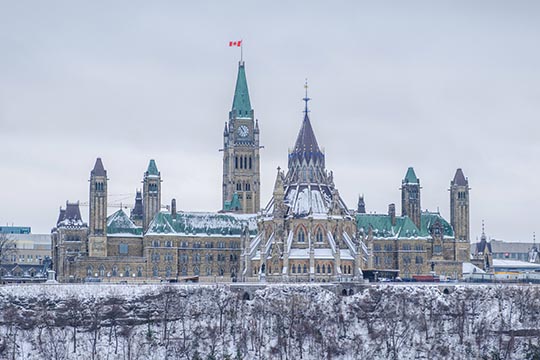 On a quiet Friday afternoon with half of Ottawa scrambling to prepare for a weekend snowstorm, the Prime Minister’s Office released a new set of mandate letters for the federal cabinet following a mini-shuffle earlier in the week.

The mini-shuffle, triggered by Navdeep Bains’ announcement to step down from cabinet to have more family time, resulted in Marc Garneau heading from transport to foreign affairs, François-Philippe Champagne moving into innovation, science and industry, and Omar Alghabra shifting from his parliamentary secretary role to replace Garneau on the transport portfolio. Jim Carr rounded out the shuffle and returns to cabinet as a special representative for the Prairies.

While only a handful of portfolios were shuffled, all ministers were issued new mandate letters with targets that reflect Canada’s new reality as we continue to navigate and plan for recovery from the COVID-19 global pandemic.

The pandemic has laid bare many long-standing systemic challenges, and none has been starker or more devastating than what Canadians have witnessed in the long-term care sector. It’s an issue with complex roots, but advocates, including Federal Retirees, have been clear – having national standards with funding tied to performance against those standards will be critical to improving the quality of care that is provided in long-term care facilities.

Health Minister Patty Hajdu has been tasked to team up with Seniors Minister Deb Schulte to “work with the provinces and territories to set new, national standards for long-term care.”

Schulte is also tagged to work with the health minister to take additional steps to support aging-in-place, as well as shoring up primary health-care access, and support “accelerated steps” to achieve a national, universal pharmacare program.

The provinces may not be so easily won over on national standards for long-term care – at least not without additional funding, and certainly not without respecting federal and provincial/territorial jurisdictions, two issues that provincial premiers have been vocal about.

“While many have argued that health care is a provincial jurisdiction, health care is actually a shared responsibility between the federal, provincial and territorial governments,” notes Association president Jean-Guy Soulière. “Ultimately, Canadians are looking for real change and real results on long-term care, and it is beyond the right time for all levels of government to address the national crisis in long-term care together – starting with national standards tied to funding.”

The prime minister also tasked multiple ministers, including the ministers of employment and health, to work on “targeted measures for personal support workers as they continue to provide essential services in our communities.” While personal support workers are employed in many different care settings, measures to better assist these often-vulnerable health care workers could help mitigate some of the issues faced by Canadians in care settings including long-term care.

The mandate letters for veterans affairs and national defense delivered wins for serving members and veterans who are women, LGBTQ2 or racialized. Veterans Affairs Minister Lawrence Macaulay is tasked with ensuring these individuals have the supports that meet their needs, including by using disaggregated data* and research to provide tailored programs and services to these veterans who have too often been under-served, under-represented and faced poorer outcomes because of their sex or gender, sexual orientation, race or ethnicity. This shift is focused on equity and fairness for all veterans, and it’s an ask that Federal Retirees has advocated for at multiple levels.

“It’s clear that this government is listening to its stakeholders, and that’s positive,” notes Soulière. “But equally critical will be our follow-through to ensure these promises are honoured.”

The small cabinet shuffle and re-focused mandate letters signal something else, too – the prospect of a federal election. It’s an event likely to happen in late spring, with exact timing dependent on just how the federal government manages the national vaccination procurement and rollout, and on the opposition parties’ response to the federal budget expected sometime this spring.

Spring is a long season, though.

In the meantime, Federal Retirees has several campaigns underway – and you can easily make an impact.

To stay up to date on our current and future advocacy activities, join our Reach 338 network.

By joining Reach 338, you’ll receive regular campaign updates and have the chance to get involved – including in our virtual lobby days coming up this spring and our future federal election campaign!

*What’s disaggregated data? Disaggregated data is data that has been taken from multiple sources (aggregated data) and broken down into smaller units. Disaggregating data involves delving more deeply into a set of results to highlight issues that pertain to individual subsets present with the aggregated data. Data can be disaggregated, for instance, by sex, gender, ethnic background, geographic location or age. Breaking down data in this way helps to expose trends that may otherwise have remained hidden. As a result, disaggregating data can reveal vulnerable groups and can help to make those groups more visible to policymakers.