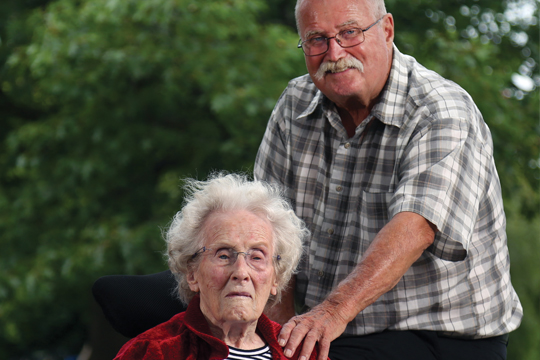 As the vaccine rollout continues across Canada, retirees are starting to consider what parts of their lives they missed most and want back. Credit: Dave Chan

You’re never too old to miss your mom, and for Gary Springer, the hardest part of the past 17 months has been being separated from his mother.

She lives in an Ottawa care home, and COVID-19 kept visitors at bay.

“It’s been really emotional,” says the Air Force veteran. “My mom was very good to all of us kids. To sort of hand her over to someone else to look after has been really tough.”

He and his siblings have Zoomed with her every Saturday, and while better than nothing, it’s hardly ideal, as she’s 102 and not tech savvy.

“Most of the time, she just sleeps when we’re talking to her. Occasionally something we say jogs her memory.”

As the months dragged on, she was the reason he was so keen to get vaccinated. He had his second shot in June, and eagerly awaited their reunion.

After he initially spoke to Sage, he was finally able to see his mom on July 7.

“It was quite a treat, I must say. I was excited. My wife was excited. We surprised mom and kind of had to break the ice and tell her a little bit of our story and what’s been happening since the last time we saw her,” Springer says. “We had a good conversation. She was quite chatty compared to when we talk to her on Zoom, which was nice to see.”

To be able to spend time with her again is hands down the biggest benefit of vaccination.

“Mom’s tough, but I thought that I’d never see her again because of COVID and restrictions. You never know when someone is going to pass from this or whatever,” Springer says.

After an hour together, it was tough for him to leave.

“She seemed kind of lonely. She’s sitting in a room by herself day after day. I can’t imagine. So now we’re going to visit weekly and keep her occupied. I just don’t want her to sit there and be alone and fade away and die.”

The pandemic has been a difficult go for many, with restrictions on where people could go, what they could do and with whom they could spend time.

As vaccination rates ramp up across the country and restrictions ease, some semblance of normal — or a new normal — is returning. Reunions with loved ones are becoming more common and people are looking forward to getting back to things they enjoyed.

However, there’s less of a longing for the way things were. Drawing on a survey of more than 1,000 Canadians in April and May conducted for the National Post, John Wright, executive vice-president of Maru Public Opinion, told the newspaper that Canadians are looking for stability in this new normal. And given the way they were forced to adapt, they want society to keep up.

“We’re walking out into the sunshine of an altered society,” Maru says.

That brightness can bring tears.

When Joan Hurren learned she was getting her first dose, she cried.

“I was so, so relieved, it really hit me,” says the retired Canada Border Services Agency clerk in Fort Erie, Ont.

She’s now had her second dose and hopes everyone who can does the same.

“For me it’s made the difference in feeling comfortable in being around people and not worrying about getting it. My husband has a heart condition. We’re at that age, we’re higher risk,” says Hurren, 70.

While a mask and hand-washing will remain a steady presence in her life for some time yet, she’s relishing little things she’s been unable to do for so long, like patio dinners with vaccinated friends and family.

“What I missed the most is going out to a restaurant,” she says. “You took these things for granted, but I really don’t anymore. I’ve missed looking at people and smiling.”

As someone who’s always loved to shop, Hurren discovered Amazon as a way to scratch the itch when stores were closed. It was ultimately a short-term relationship.

“I realized I need a lot less in my life. And what I do need doesn’t involve material things. They’re not important.”

She also doesn’t feel the need to socialize as much anymore, as she says during the pandemic she and her husband learned to be content with their own company.

“I’ve enjoyed my alone time,” Hurren says. “I don’t know if that makes me anti-social. I think because your time is so important now, you’re picky about who you spend it with. At least I am.”

Like many across the country who decided to embrace the grey when salons were shuttered, Hurren also won’t miss spending more than $100 a month colouring her hair. 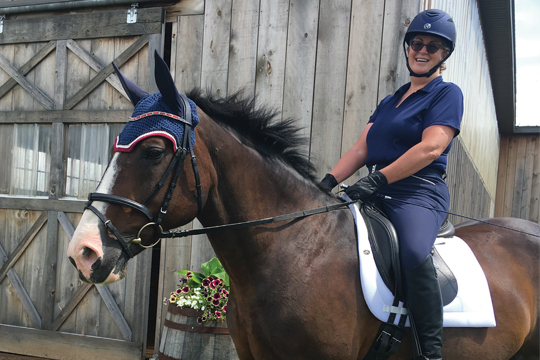 Like Hurren, Kathey Rowsome’s priorities and perspective shifted as the world closed up and the realization that life could change in a moment sunk in.

Pre-pandemic, she spent quite a bit of time at a barn near Merrickville, Ont., riding what was then her leased horse, Kate. But with socializing and shopping off limits, the time she spent there grew. As did their bond and trust.

“This was my passion 30 years ago,” Rowsome says. “I spent many years riding and training and competing. Then other life changes happened.”

She’s ridden recreationally since, but that lacked the same intensity. Now, having found Kate, bonded with her and eventually bought her, she says her passion has been reignited and her competitive spirit stoked.

“Once the world opens up, I’m really excited about competing this summer,” Rowsome says of four upcoming local dressage competitions. In a vaccinated, post-COVID world, travelling with her horse and competing tops her bucket list.

At a time when so much was lost, she says riding has been a real gift.

“Going back to my roots and having the comfort of recommitting to a sport that I’ve loved my whole life was very helpful in coping with the fear and uncertainty of not knowing how this would all play out.”

Finding the right horse for that journey was no small factor.

“What is so special for me in developing a relationship with Kate is that she’s an old, wise woman. She’s very experienced and knowledgeable, and a little bit sassy. Even in the early days, she captured my heart.”

Had COVID not happened, Rowsome says she would have missed out on this intense experience and being a horse owner again.

For Lisa Taylor, double vaccination has her looking forward to getting back on the proverbial horse — at the curling rink. Time on the ice is what she has missed the most. While she’s golfed this summer, she’s largely carrying on as she was, masked and keeping to her small bubble of friends in Brockville, Ont. Taylor says the past year and a half has been a grand, global experiment of which we’re still in the throes. At this point, venturing out into the world is a little bit like dipping her toe in the water to gauge the temperature. While she knows it’s time to start doing things, she’s not quite ready to take the full plunge.

“Let’s not be opening the kimono just yet, folks, and doing too much and doing too fast,” says Taylor, a retired military police officer. “The real part of the experiment is still to come in the autumn and winter. We will really know if these vaccines work. That’s where we need to be patient and take it slow with baby steps. We expect the science to be very certain, and yet it isn’t. It can’t be with a novel virus.”

What’s really stuck in her mind is a panel discussion she attended virtually last year with two university experts, at which they talked about curling clubs’ potential to be COVID petri dishes, given their temperature, humidity and lack of air exchange or filter.

As much as Taylor wants to get back on the ice this fall, she’ll closely monitor clubs that open early.

“I will be extremely cautious for the first month to see how it goes,” she says. “That will be a significant test of how we’ve done.”

That said, she’s planning to head to Costa Rica in January, sanitizer and mask in tow. After the pandemic quashed travel plans last year, she’s eager to see the world beyond her couch.

Not everyone is, however. A recent survey by Leger Marketing found nearly two thirds of Canadians aren’t yet ready for post-pandemic vacations. Sixty-two per cent were evenly split between holding off making any travel plans and having no desire to travel any time soon.

Springer doesn’t fall into that category. Although his need for a knee replacement has kept him close to home since last fall, connecting with his community through a neighbourhood Facebook group he created, he is keen to leave his front porch perch. His kids and grandkids are in Florida and Alberta, and his daughter is planning to rent a place in Arizona this winter. With two vaccines in his arm, he’s relieved, confident and keen to get back out in the world.

“We’d love to go with her,” Springer says of himself and his wife, Brenda. “We miss them all a whole bunch, so that’s our dream right now.”