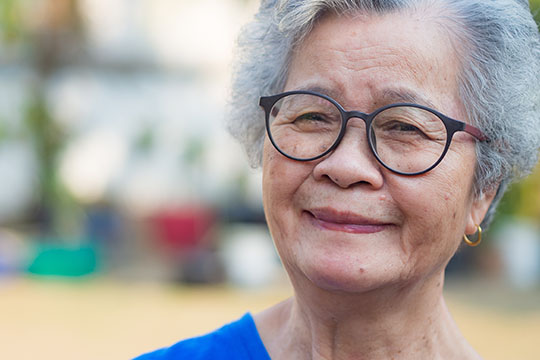 Our members, and older adults in Saskatchewan, deserve to know how parties will address older adult care if they form government.

On Oct. 14, provincial party leaders in Saskatchewan will square off in a debate in advance of the election slated for Oct. 26.

The National Association of Federal Retirees and the Saskatchewan Seniors Mechanism are partnering to ask the debate moderator and panelists to make sure seniors issues are front and centre.

“Our members, and older adults in Saskatchewan as well as their families, caregivers, and support networks, deserve to know how parties will address aging and older adult care if they form government,” says Federal Retirees president, Jean-Guy Soulière.

Adds Saskatchewan Seniors Mechanism executive director Holly Schick, “Now is the time for a plan for positive aging – and the debate is the perfect opportunity to talk about how Saskatchewan will achieve a positive vision for aging, together.”

Here’s our open letter to all debate participants, including panelists from Global, CBC and CTV, with the issues our members believe need to be asked during the upcoming Saskatchewan provincial election debate.

Share this page on social media and use the hashtag #SKDebate, or send this page to your preferred media outlet in Saskatchewan and let them know you believe older adult issues need to be a priority during the debate on Oct. 14.

With the all-important provincial leaders debate set for Oct. 14, 2020, the National Association of Federal Retirees and the Saskatchewan Seniors Mechanism are seeking your assistance to explore crucial issues that are important to older adults in Saskatchewan.

We know that demographic changes are reshaping our societies in meaningful ways. In order to meet the needs of its aging population, Saskatchewan needs a comprehensive seniors strategy composed of three pillars: policies that enable positive aging, a dedicated seniors advocate and higher standards for long-term care homes.

We believe it’s important that the leaders debate features questions on the policy issues and parties’ plans for seniors care. On behalf of older adults in Saskatchewan, our organizations are asking debate panelists to prioritize and ask questions on the following issues.

Now more than ever, we must focus on positive aging within communities.  This will require our next provincial government to create and implement a comprehensive seniors strategy that would replace a patchwork policy approach with an integrated and coherent set of policies aimed at positive aging.

Older adults in Saskatchewan and their families need to know how the parties and their leaders will develop and fund health and lifestyle policies, with an emphasis on aging in place and the role of communities.

How will parties work with the federal government on its recent announcement during the throne speech, to introduce national standards for long-term care and home care, as well as ensure appropriate funding tied to meeting those standards?

We need an independent-from-government seniors advocate position, or more power and funding given to the minister responsible for seniors, to ensure the needs and priorities of older adults are more effectively represented in and addressed by government.

COVID-19 is a challenge for all Canadians, including here in Saskatchewan, but it is also an opportunity to transform our health-care system and rethink older adult social services for the better. As we recover from the COVID-19 pandemic, how will parties address additional health-care concerns such as:

Our organizations advocate for secure, healthy and dignified retirements for Canadians. This work is especially relevant as the number of older adults in Canada increases. For example, in the last twenty years, the percentage of adults 65 years plus increased from 12.5 to 17.9 per cent, while the average median ages have increased by 4 years during the same period. In Saskatchewan, the proportion of older adults has grown by at least 10 per cent since the 2011 census, and Saskatchewan has more seniors than the combined population of eight of the 10 largest cities in the province.

On behalf of the more than 170,400 adults age 65 and over in the province, including our collective 103,000 members in Saskatchewan, and their families, caregivers and support networks, the Saskatchewan Seniors Mechanism and the National Association of Federal Retirees look forward to the upcoming leaders debate – and we commend the leadership of Global News, CTV and CBC journalists in ensuring the policy issues most important to older adults in Saskatchewan are addressed during the debate.

The National Association of Federal Retirees (Federal Retirees) is the largest national advocacy organization representing 176,000 active and retired members of the federal public service, Canadian Armed Forces, Royal Canadian Mounted Police and retired federally appointed judges, as well as their partners and survivors. We have 3,490 members in Saskatchewan alone.