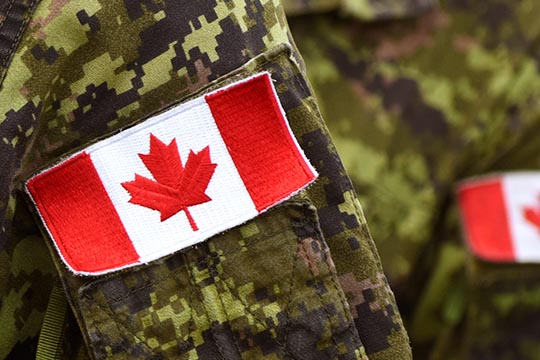 In its appearance before the House of Commons Standing Committee on Veterans Affairs, Federal Retirees emphasized the importance of effective, relevant commemoration for all veterans.

In May, National Association of Federal Retirees president Jean-Guy Soulière and advocacy director Sayward Montague were invited to appear at the House of Commons Standing Committee on Veterans Affairs (ACVA) to share perspectives on commemoration in the 21st century.

Soulière noted Canada has been a leader in commemoration and remembrance thanks to the robust programs developed and maintained by Veterans Affairs Canada both at home and abroad – as well as the efforts of veterans organizations, many of them run by volunteers.

The Association encouraged the Committee to explore the gaps in our acts to commemorate and remember veterans and their service. Soulière explored the connections between respect, veteran identity and commemoration.

“Respect is as fundamental as ensuring every veteran receives the care and dignity which they deserve and are entitled to following years of service dedicated to Canada,” said Soulière. “Without respect and well-being in how we serve veterans, commemoration will ring hollow.”

Veteran well-being is positively impacted by recognition, but issues like institutional betrayal1 and moral injury2 contribute to a loss of trust; impact veteran health and well-being; and may contribute to whether and how veterans identify as veterans. Veterans shared these same themes with the Association during our veterans outreach initiative in 2018. Montague noted this is an issue that affects all veterans and even includes how we address long-standing issues like claims backlogs and access to the right kinds of supports.

Research indicates that military women are less likely than men to self-identify as veterans, which means they may not seek the benefits, services and supports to which they are entitled and they may be less visible in how we honour those who have served.

Federal Retirees focused on the importance of transparency and accountability of Veterans Affairs Canada on the department’s commitment to the Gender-based Analysis Plus (GBA+) analytical process to close gaps and ensure commemoration initiatives are inclusive and unbiased.

“We owe effective, relevant commemoration to all veterans. This is an opportunity for commemoration to reflect who we, as Canadians, truly are – and the story we tell must include the military and veteran women experience, as well as honour their contributions to the Canadian Armed Forces and RCMP, and to peace and security at home and around the world,” said Soulière.

1. Institutional betrayal is generally defined as an institution’s failure to act in ways that prevent harm, create environments that inadvertently lead to harm, or respond to traumatic events in ways that exacerbate harm. In exchange for significant and even unlimited sacrifice and service, serving and veteran women and men rely on the same or similar institutions for some of their most essential needs, including financial and health related.

2. Moral injury results from exposure to events that involve perpetrating or witnesses actions that violates one’s core beliefs, or betrayal by a leader or trusted authority.