Canadian pension plans and the pursuit of better returns 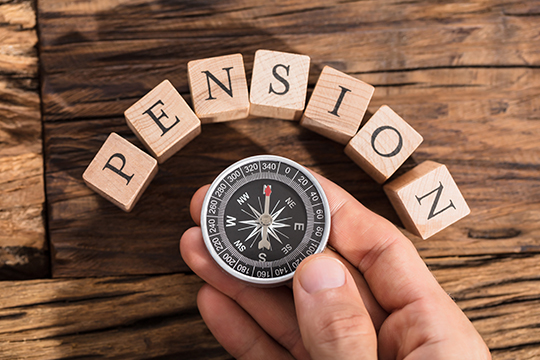 In their drive for profit and sustainability, Canadian pension plans have become some of the largest and most influential in the world.

In the past couple of years, Canadian pension plans and their investments have been under increased scrutiny — for purchasing everything from infrastructure (such as the 407 Express Toll Route in Ontario) and for-profit long-term care homes (including Revera and Chartwell) to U.S. surveillance companies (Palantir) and private prisons (CoreCivic and Geo Group). Canadians have been shocked by some of the investments that are made to increase profits for their pension plans. This has led many of our members to ask: why are our pension plans invested in these sorts of assets?

You don’t have to be that old to remember a time when pension plans in Canada did not take part in these types of investments. Prior to the 1990s, public pension plans were subject to regulatory restrictions that constrained their investments. These plans exclusively held low-risk government bonds and were dominated by passive investments.

Beginning in the early 1990s, plans such as the Ontario Teachers’ Pension Plan (OTPP) and the Canada Pension Plan Investment Board (CPPIB) could invest in assets other than government securities, such as real estate, private equity, derivatives and even the Toronto Maple Leafs. (Yes, the OTPP owned that franchise.)

Prior to the 1990s, tax-assisted pension funds were also prevented from having more than 10 per cent of their assets in “foreign property.” This restriction was removed

in 2005, allowing these funds to invest anywhere, and it led Canadian pension plans to become some of the largest and most influential in the world (the CPPIB currently stands at ninth by total assets in the world, with the Caisse de dépôt et placement du Québec running just behind in 13th place and PSP Investments in 28th). All of this has happened in a financial environment in which interest rates have plummeted.

Pension plans seek out maximum returns  and secure long-term investments that can provide sustainable revenues. With low interest rates, the most secure assets (such as investment grade low-risk AAA bonds) aren’t bringing in the same money they used to, making it harder for pension plans to meet return targets without taking on significantly more risk. A new RBC Investor & Treasury Services poll recently reported that low interest rates continue to be ranked as the biggest challenge for defined-benefit pension plan administrators.

While fixed income investments and investment-grade bonds continue to be part of pension plan portfolios, they have taken on active investment strategies to chase higher returns in stocks and long-term investments such as real estate (mostly commercial), infrastructure (power, water, roads, energy, etc.) and private equity

(such as PSP Investments’ 2006 purchase of Retirement Residences Real Estate Investment Trust, now known as Revera.) These plans often take part in quantitative investment strategies that take human decisions out of the equation, instead using algorithms to decide which investments can bring the highest returns.

This quest for higher returns and leaning on algorithms can lead pension plans into some ethically dubious territory. In the case of quantitative investment strategies, the pension plans may not even be aware of what they’ve been buying, owning or selling. In the case of privatized infrastructure, pension plans are profiting from basic utilities such as water (OTPP in Chile), transit (La Caisse in Mexico) and essential services such as hospitals (CPPIB in the United States). These investments, and many others like them, bring up ethical questions that some pension plans are trying to address through the use of environmental, social and governance (ESG) investment principles, but the pursuit of better returns will continue to be a driving force for these financialized pension plans — especially in an environment where defined-benefit pension plans, and the funds that allow them to operate, are increasingly rare and considered an unnecessary expense by employers.

This article appeared in the summer 2021 issue of Sage magazine as part of our “From the Pension Desk” series, which offers answers to our members’ most common questions about their pensions. While you’re here, why not download the full issue and peruse our back issues too?