Racing to the Bottom: Attacks Against Defined Benefit Plans and Retirement Income Security 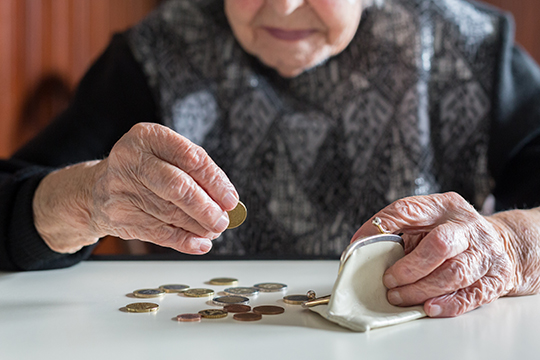 At time when Statistics Canada estimates that 12 per cent of senior families and 28.5 per cent of single seniors qualify as low income — articles continue to be published attacking one of the most cost-effective and proven ways to provide retirement income security: defined benefit plans.

According to the World Bank, Canada is home to some of the world’s most admired and successful defined benefit pension organizations. A Boston Consulting Group study found that benefits paid out to defined benefit plan members cycle back into the Canadian economy in the form of consumer spending and taxes, generating business growth and employment. Retirees with defined benefit plans are also less likely to rely on government assistance, such as the Guaranteed Income Supplement – reducing the annual GIS payout by approximately $2-3 billion annually.

Up to 80 per cent of all pension dollars spent come from investment returns which are then pumped right back into local economies. Smaller communities profit substantially from the impact of defined benefits. In places like Moose Jaw, Nanaimo and Orillia, defined benefit plans represented an average of about 10 per cent of total earnings – something small business owners should keep in mind. In metropolitan and mid-sized areas, pensions account for 6 per cent to 8 per cent of total earnings respectively.

In 2012, recipients of defined benefit plans spent an average of $56-63 billion annually on consumable goods, shelter, durable goods, recreation services and sales and property taxes – with an additional $7-9 billion in income taxes. Those receiving a defined benefit pension plan represent a substantial source of revenue for all levels of government.

But why?  Some argue that defined benefit plans are unsustainable or too costly.

This is false. Defined benefits are the most effective means of generating retirement security. In fact, studies from the National Institute on Retirement Security in the United States have concluded that defined benefit pensions are the best “bang for the buck” in retirement savings. They show defined benefit plans can deliver the same retirement income at 48 per cent per cent lower cost than a defined contribution plan, due to lower fees, a balanced investment portfolio and longevity risk protection.

Even the Fraser Institute admits in their latest report that Canada’s public sector defined benefit plans do an outstanding job – their investments perform well, they operate efficiently and are funded responsibly.

So, if defined benefits plans are less expensive, invest in local communities and economies, and are more secure for retirees and employees, why do so many people attack them? Certain authors will use wild assumptions that suit their narrative about how public sector pensions operate, and will argue that if only 1 in 4 Canadians are covered, it’s unfair that public sector workers have pensions – and that retirement savings should be a race to the bottom.

Many Canadians have struggled and continue to struggle to make ends meet. With rising housing and living costs, and the inefficiencies and flaws inherent in savings products like Registered Retirement Savings Plans (RRSPs), it is becoming increasingly difficult to save for retirement, and workplace pension options are becoming fewer and farther between. And it shouldn’t be this hard.

Retirement income security for one group doesn’t come at the expense of another.

Whether you have lost your pension due to mismanagement by your former employer or haven’t had the opportunity to save as much as you need, Canadians deserve to have a safe, secure and dignified retirement.