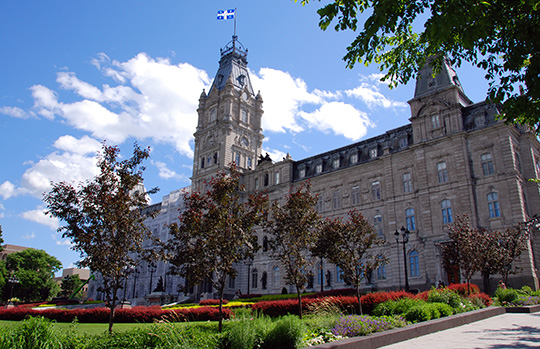 Presented on March 27, 2018, the Liberal Government’s last budget, before this fall’s election, hopes to entice voters to give their government another majority. While it projects budget balance for 2018-2019, it features $108.7 billion on spending, ending three years of surplus.

Families, first time home buyers, and some seniors were particularly targeted by Mr. Leitão’s budget. First time home buyers will now receive a tax credit of up to $750, and families will see a bigger break on childcare expenses of up to $375 per year. Overall, the reduction in taxes will cost about $800 million.

Other big-ticket items included a 5% increase on education spending and 4.6% increase in health spending, a $13.5B investment in Transit and another $500m on justice (to help with court system delays). There is a $1 billion to help media with “digital transition”, which includes subsidies to newspapers, television and film. For economic development, $2.2 billion has been earmarked to help small & medium sized businesses, regional economic development and digital initiatives.

Specifically for seniors, the government has focused on two main measures which will cost a total of $103 million: expanding the refundable tax credits for caregivers and for seniors who spend money renovating their homes.

The government is broadening eligibility requirements for caregivers who do not co-reside with the person who requires care, giving these ‘informal caregivers’ up to $533 a year. There will also be a reduction in the number of care hours required to qualify for a “volunteer respite” tax credit – dropping from 400 hours a year to 200 hours a year and seeing an increase of maximum credit to $750 on a sliding scale depending on the number of hours provided.

For seniors who are renovating their homes to help them continue to live independently, there will be a reduction to annual cut-off from $500 to $250 – so 20 per cent of the amount over $250. This means that for example, a person who pays $5000 for the purchase of and installation of a walk-in tub will receive $950 or $50 more because of the lower cut-off. The list of eligible items has also been expanded to include hearing aids, alert systems for the hearing impaired and walkers, canes and non-motorized wheelchairs

Overall, the budget received mixed reviews from seniors and seniors advocates in the province. While there was recognition that some of these measures would be helpful – there was a sense that more could be done. While the tax credits were welcome, the increases were quite small, and did not do enough to address the larger issue of retirement income security in the province.

With an election around the corner, seniors will be looking to the parties in Quebec to prioritize their issues and concerns in their platforms. In collaboration with FADOQ and four other organizations, Federal Retirees are calling for action on 16 key initiatives that will deliver results for seniors in Quebec – read more here.