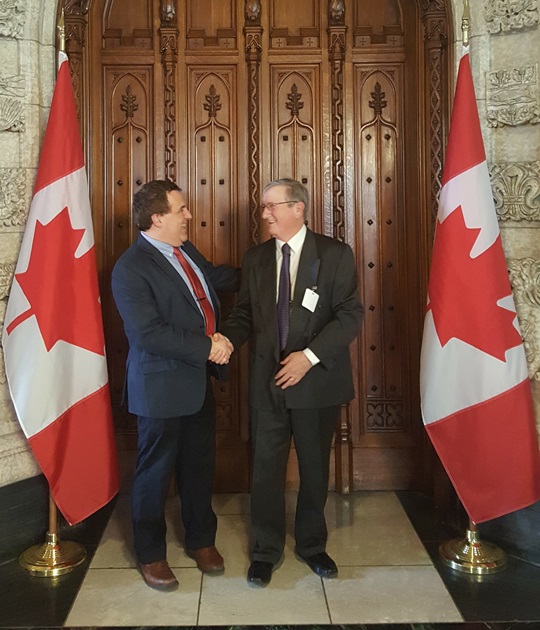 Since late 2016, federal and most provincial governments have reached health care agreements that include funding for priority issues like home care and mental health, and federal health minister Jane Philpott’s mandate letter still includes landing a new multi-year Health Accord and taking steps to reduce the costs of necessary prescription medications.

Federal Retirees and other organizations are clear: these are important first steps and of critical importance to seniors, but a national seniors’ strategy is needed. Although health care delivery is the responsibility of provinces, governments must work together to put seniors’ health care solutions in place, and federal leadership is necessary.

“Mr. Serré’s motion calling for a national seniors’ strategy is a positive first step toward what our members and seniors across Canada have been calling for since before the 2015 federal election: a coordinated, comprehensive strategy that will make a real difference to seniors’ health care,” says Mr. Soulière.

This private members’ motion, or M-106, calls for recognition of the growing seniors’ demographic and their needs; a committee study and report on key issues for older Canadians; and a broader mandate for the National Seniors Council to allow it to undertake its own studies and to provide advice on implementing a national seniors strategy. Twenty Members of Parliament have jointly seconded the motion – a formal way of offering their support on this important issue.

A national seniors strategy will draw together the pieces that will help more older Canadians age in dignity, better health, and security: from retirement income security, to primary care and pharmacare, to homecare, long-term care, and palliative care, and all stages in between.

“Our members would also like to see a dedicated minister for seniors’ in this federal government,” adds Mr. Soulière. “With our seniors’ population projected to increase every year for the next several decades, older Canadians’ needs are increasingly important to consider in many policy decisions. We need a voice in cabinet that is dedicated specifically to seniors, and someone to lead the way on a national seniors strategy.”

The next steps for Mr. Serré’s motion include another hour of debate slated for early May. The motion is expected to be referred to the House of Commons Standing Committee on Human Resources, Skills and Social Development for study, and a report will likely follow.

In the meantime, let your Member of Parliament know you’re calling for a national seniors strategy, too. Look up your MP, and send them an email or a note. (No postage is required if you mail a letter to your MP at the House of Commons.)