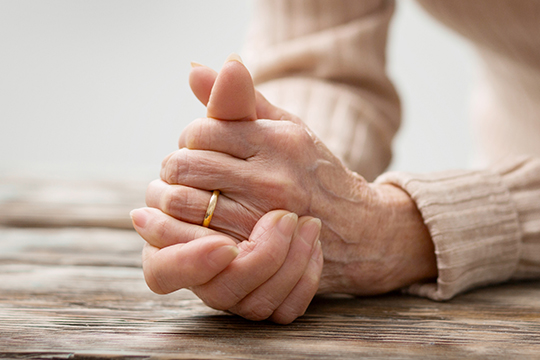 In several provinces, marriage revokes a will and some looking to take advantage of vulnerable seniors have used that to their advantage.

Concern about the exploitation of an aging population vulnerable to predatory marriages has led to calls across the country for more protection under the law.

In all but four provinces, marriage revokes a will. In most provinces, a spouse has access to the other’s estate simply through marriage unless a new will is drawn up. That leaves some people, particularly those with cognitive abilities that are eroding, exposed to the possibility of a predatory marriage.

British Columbia, Alberta and Saskatchewan have repealed that provision, and Ontario is expected to soon follow with Bill 245. Quebec never had it.

But even in those provinces where a pre-existing will can survive a marriage, there is concern that the test for the capacity to marry is so low in Canada that seniors and others with diminished capacity are easy targets for thieves and fraud artists who have other ways they can access their new spouse’s wealth through marriage.

That concern, lawyers say, is heightened with the pandemic’s physical-distancing recommendations, leaving many to be apart from close family members for extended periods.

“The pandemic has created a situation of greater isolation, alienation, sequestering of older adults,” says Toronto lawyer Kimberly A. Whaley, an outspoken advocate for change. “And so our adult community is suffering more as a result of this in all aspects, particularly for financial exploitation, which is much easier perpetrated now by predators. Nobody’s looking. Everybody has a reason not to be on top of what an isolated older adult is doing.

In addition to predatory marriages, Whaley sees other types of exploitive relationships, some of which were created for the sole intention of gaining access to an older person’s wealth through their will, through gifting, as well as through the transfer of assets and property. Typically, the target is someone who doesn’t have the full capacity or ability to make the transactions they may be tricked into making.

Whaley and Albert Oosterhoff, counsel at Whaley Estate Litigation Partners, say Ontario’s pending elimination of the rule, which revokes wills after marriage, is just the first step. The spouse continues to have other significant rights, which include making a claim for equalizing payment from the estate of the first person to die and claiming dependency support from the estate.

“There’s lots more involved than just abolishing the revocation of marriage provision,” Oosterhoff says. “The simple test for the capacity to marry is a big problem that could only be cured now by legislation.”

Vancouver lawyer Emily Clough says in law, different actions require different levels of capacity. Judgment and cognitive ability are required to manage one’s finances, for instance. But the test for the capacity to marry is considered the lowest of all capacity thresholds.

Even though marriage no longer revokes a will in B.C. and hasn’t since 2013, Clough raised the issue of capacity before the B.C. Supreme Court. It is now held as an example across the country of the weakness of the test. 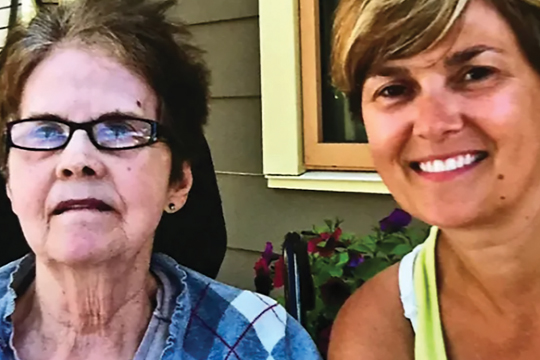 Donna Walker had been diagnosed with Alzheimer’s disease when a man significantly younger than her convinced her to secretly wed and had her sign over her power of attorney to him. Walker, left, is shown with her niece and advocate, Donna Devore-Thompson.

At the centre of the case was Donna Walker who, although she had been diagnosed with Alzheimer’s, was able to continue to live independently in her condo through the support of her niece, Donna Devore-Thompson, who was also her power of attorney.

But what her niece didn’t know was that a man significantly younger than her aunt had befriended her and took her to see a commissioner of marriage where they secretly wed. He also took her to a lawyer to be named as her power of attorney as well as heir to her condo, her biggest asset, in her will.

The case is unusual in that it went all the way to trial, forcing a decision and setting a precedent.

“The court did agree that Aunt Donna was incapable to enter into that marriage and she wasn’t capable of entering into that will,” Clough says. “There was compelling evidence from Donna’s treating geriatric psychiatrist… she said no matter what is the test for capacity to make a marriage, enter into a marriage, [Walker] was below that. She had very little memory left, she had very little cognitive functioning left.”

Clough says about half her cases involve the issue of capacity and it’s an issue she would like to see addressed so the capacity test for marriage is higher.

The current test is derived from old British law that no longer applies to today’s society. Yet she sees it as critical.

“In my view, there is such an important change when people get married,” including rights against each other’s estate, they become the first to inherit upon intestacy or when there is no will, and they have the ability to ask a court to vary the will in places like B.C. where marriage doesn’t revoke a will, she says. A spouse under family law also has standing in the division of property or spousal support and rights to certain pension division.

That said, she points out that any law reform to protect people from being preyed upon needs to strike the right balance. Protecting the rights of those with cognitive disabilities who may want to get married is also important.

A proposal in Manitoba calls for abolishing the automatic revocation of a will by a subsequent marriage. And even though it is considered an issue of concern in Eastern Canada, there has been no significant movement to address it, says Sarah M. Almon, who practises estates and trust law in Halifax.

“It still is the case that marriage in general has the effect of revoking previous wills in all of the Atlantic Canadian provinces,” she says, adding that each province has a slightly different approach in its legislation. “The concern about predatory marriages is certainly on the radar of practitioners in this area as it is in the rest of Canada with people living longer.”

As an estates lawyer, Almon says she frequently tests an individual’s capacity. But lawyers don’t generally become involved when people marry, so the onus is on friends and family to keep an eye on those close to them, particularly seniors whose mental acuity may be slipping.

“Because of the difficulty in undoing the harm from a predatory marriage where it might not become apparent for years after the marriage takes place, we should all be alert because Canadians are living longer, because there are second, subsequent marriages. We need to be looking out for those who are most vulnerable in society — our seniors.”

Editor's note: For an update on the marriage over 60 clause, which has been colloquially called the gold-diggers’ clause, in the Canadian Forces Superannuation Act, refer to the Veterans’ Corner article from the fall 2021 issue of Sage magazine.