Looking back on one year of Reach 338 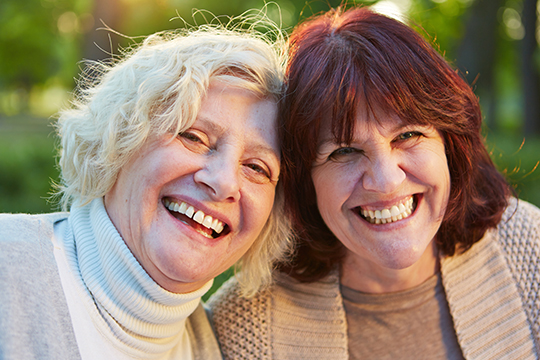 Federal Retirees volunteers have made the first year of Reach 338 a success.

Last year we kicked off Reach 338 — our initiative to build a nationwide network of advocates to advance our mission of significantly improving the quality and security of retirement for our members and all Canadians. The goal of Reach 338 is to ensure our advocacy work reaches every one of the 338 federal ridings. Whether it’s through a virtual meeting or event, a letter or simply a phone call, Reach 338 will make certain that Federal Retirees is seen and our priorities are understood by every sitting MP.

In the first year of Reach 338, our volunteers and members were faced with an unexpected challenge: How could we conduct these important advocacy meetings during a pandemic, while maintaining social distancing?

It meant a huge pivot (please forgive the buzzword.) Volunteers stepped up, leveraged available virtual resources and training and were soon off to a terrific start. Across the country, volunteers held virtual meetings, made phone calls and sent letters to their local MPs, which helped put, and keep, our priorities front and centre with government representatives.

These ongoing efforts have led to real advocacy results and we’re thrilled to share the stories of these successes with our members.

During these meetings, volunteers led focused discussions on the need for a national seniors strategy, with an emphasis on long-term and home care.

“Thanks to these [meetings], Federal Retirees’ priorities were discussed at the Atlantic Liberal MPs’ meeting the following weekend on the Island,” says Pierce. “This is a great example of how a simple half-hour meeting with an MP can directly influence government discussions and decisions.”

An invitation to Veterans Affairs’ committee

The Quebec branch is a driving force in advocacy and has strong relationships with its local MPs — the goal of Reach 338.

The latest result? The Quebec branch received an invitation from Luc Desilets, MP for Rivière-des-Mille-Îles and member of the Standing Committee on Veterans Affairs, for Simon Coakeley, Federal Retirees chief executive officer, to appear in the context of its study of the persistent backlog of disability benefit claims at Veterans Affairs Canada. This invitation was a result of excellent advocacy work and provided an opportunity to advocate for equitable outcomes in veterans’ well-being.

At this appearance, Federal Retirees supported, but also cautioned the committee about an evidence-based, automated approval approach for applications for some conditions — one of the “clear the decks” solutions proposed to deal with the massive backlog.

“Veterans Affairs Canada should know who is most severely impacted by its backlog and why,” Coakeley says. “Our veterans urgently need a targeted plan to address these systemic issues, especially for those left waiting the longest and in need of the most help. It is 2020, and it’s time Canada put in place the resources needed to assure equitable outcomes for all veterans.”

Hamilton branch volunteers tackled MP meetings as a team and laid the groundwork for maintaining ongoing relationships with their MPs.

That’s setting the Hamilton team up for future meetings, and keeping Federal Retirees top of mind for future consultations, which can lead to opportunities similar to those seen in Quebec.

Volunteers at the Hamilton branch had a productive end-of-2020 meeting with Hamilton West-Ancaster-Dundas MP and former seniors minister Filomena Tassi and Burlington MP Karina Gould and set up several meetings for early 2021, including with Hamilton-Centre MP Matthew Green and Hamilton Mountain MP Scott Duvall. During these meetings, Federal Retirees recapped past meetings, reminded the MPs of its priorities and introduced the need for national standards for long-term and home care.

This format allowed for engaged, informed discussions that made the best use of everyone’s time. Conversations were detailed and substantive, with MPs offering insights into the government’s plans and Federal Retirees volunteers being invited to provide input and suggestions.

“The meeting [with Gould] was very productive as we were able to take the key focus information together with the government's initiatives and monies rolled-out to date and direct the conversation to the challenge the federal government faces in developing national standards and securing provincial and territorial buy-in. We were also able to cross-reference our discussions with Gould and Tassi, so we did not have a repeat of the same dialogue with both MPs,” says Michael Walters, Hamilton branch president.

Just as important as the initial meetings, though? The follow-up. At the close of each meeting, Walters informed the MPs he would be seeking follow-up meetings to continue discussions on a regular basis, to which each of the MPs was receptive.

Meanwhile, out on the west coast, the Prince George branch took a collaborative approach to its Reach 338 meetings, which enabled them to meet with even more MPs and make sure Federal Retirees priorities are heard and understood by all MPs in this region.

Volunteers worked together, with clear roles assigned to each team member, including a delegated speaker, a Zoom facilitator and a researcher and secretary who prepared speaking notes. The Prince George volunteers met with Taylor Bachrach, MP for Skeena-Bulkley Valley, Todd Doherty, MP for Cariboo-Prince George and Bob Zimmer, MP for Prince George- Peace River-Northern Rockies.

This approach allowed the delegated speaker to focus on an engaging discussion while not worrying about the technology for the virtual meeting. This led to a meaningful discussion about long-term care in which the MPs in question added some personal experiences of their own regarding private and government facilities. Taking the discussion to a more personal level helped everyone involved more fully understand the importance of our most crucial ask — for federal leadership in implementing national standards for long-term and home care.

Sharing personal stories in advocacy discussions, and encouraging others to do the same, is one of the most effective ways of getting key points across in a way that is relatable and memorable. Your national office advocacy staff have prepared a toolkit and training on how to do this in a way that is authentic and comfortable. These resources can be found in the volunteer information portal on the Federal Retirees website, as part of the Reach 338 training, toolkits and templates package, or by emailing advocacyteam@federalretirees.ca to request these materials.

This article appeared in the spring 2021 issue of Sage magazine as part of our “Advocacy in Action” series, which tackles current advocacy issues and answers questions we receive from members. While you’re here, why not download the full issue and peruse our back issues too?