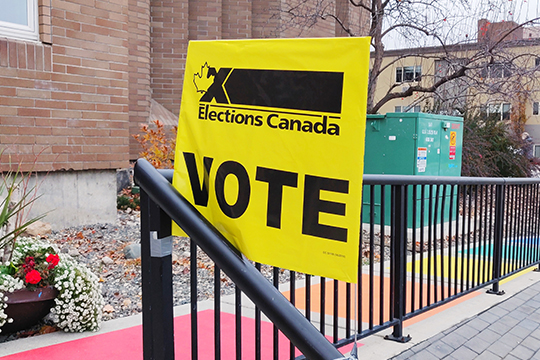 Under the Canada Elections Act, the next election must be called prior to Oct. 16, 2023, but most minority governments have lasted fewer than two years.

Following the 2019 election, the Liberals ended up with a minority government, with 154 out of 338 seats. The Conservatives are the official opposition with 120 seats. The Bloc Québécois holds 32 seats and the NDP holds 24. There are five seats currently held by independents, and the Green Party holds three.

Under the Canada Elections Act, the next election must be called prior to Oct. 16, 2023. While that date may seem far off, there are other factors that determine when an election is called. Although a minority government has the same role as a majority, minority governments need the opposition’s support to get things done — and stay in power. This makes a minority government traditionally less stable over the long-term.

Most minority governments have lasted fewer than two years. On average, minority governments in Canada last approximately one year and 140 days. Based on historical patterns, and with the current political landscape, including the COVID-19 pandemic and vaccine rollout, as well as ballooning national debt, a federal election is likely coming sooner rather than later.

Retirement security: More than two million seniors qualify for the Guaranteed Income Supplement, meaning their annual income is less than $19,000 a year. Pension plan coverage has declined, with only about 37.1 per cent — or 6.3 million Canadians — covered by any kind of registered retirement plan in 2018. Defined-benefit plan coverage has decreased significantly in the private sector, moving from 21.9 per cent in 1997 to 9.2 per cent in 2017. Household savings rates are the lowest they have been in modern memory, and household debt continues to soar. Canadians are increasingly relying on the Canada Pension Plan and Old Age Security to support their retirement.

With record levels of government spending during the COVID-19 pandemic, older adults in Canada cannot be left behind.

Given that, Federal Retirees is calling for government to:

National seniors strategy, including long-term and home care: By 2030, adults aged 65 or older will number 9.5 million and make up 23 per cent of Canada’s population. Older adults represent the fastest growing segment of the population, but gaps in Canada’s health care and social policies are putting barriers in the way of their independence and undermining their role in maintaining vibrant, healthy communities and economies.

The COVID-19 pandemic has exposed the unacceptable conditions in many long-term care homes across the country, issues that experts and advocacy organizations — Federal Retirees included — have been raising for years. People with serious health conditions have been required to live in deplorable conditions for decades and governments at all levels have done little to address this.

Home care can improve health outcomes and reduce costs, but continuously fails to be recognized and properly funded.

Canada can no longer ignore the need for a new approach to older adult care. As such, Federal Retirees is calling for government to address this by:

Veterans: Veterans served Canada and were willing to risk their lives to do so. Now it’s Canada’s turn to support veterans of the Canadian Armed Forces and the Royal Canadian Mounted Police, to ensure they and their families have equitable outcomes and the well-being, care and benefits they deserve.

Transition to civilian life can be especially challenging for those dealing with illness, injury or trauma. The move into the civilian medical system is often marked by difficulty finding family doctors, long waits and incomplete or missing medical records. These challenges can mean that ill or injured veterans are unable to access financial, health and other benefits and services from Veterans Affairs Canada.

As more women enter the military, they continue to suffer injuries and illnesses, and resultant medical releases, at higher-than-expected rates, making women a growing segment of Veteran Affairs Canada’s clients.

Federal Retirees is calling for government to address this by:

Pharmacare: Canada is the only country in the world with a universal health-care system that does not also provide universal prescription drug coverage. As a result, Canadians consistently pay among the highest prices for prescription drugs and 20 per cent of Canadians don’t have adequate coverage to meet their needs.

All Canadians should have access to the medications they need, given the important role medication plays in preventing and treating illnesses. A universal public pharmacare program would help Canadians better manage their health, decrease medication costs and improve monitoring of the effectiveness and safety of medications. It would reduce the burden on other parts of the health-care system at a time when the system is overloaded and save the health-care system an estimated $4 billion to $11 billion annually.

Federal Retirees is calling for government to address this by:

Implementing a national pharmacare program so that all Canadians have access to the medications they need.

Join the call by signing up to be part

of Reach 338 — the Federal Retirees’ nationwide network of advocates focused on reaching all 338 federal ridings. Help ensure every sitting member of Parliament — and candidate — is aware and supportive of these priorities.

By signing up to be part of Reach 338, you will hear about upcoming campaigns, gain access to special training opportunities, be able to participate in exciting advocacy surveys and challenges and connect with other Reach 338 members in your area.

This article appeared in the summer 2021 issue of Sage magazine as part of our “Advocacy in Action” series, which tackles current advocacy issues and answers questions we receive from members. While you’re here, why not download the full issue and peruse our back issues too?