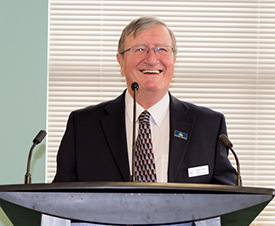 Following a 30-year career in the federal government, Jean-Guy Soulière joined the Association in 1994, retiring 13 years later as Executive Director. He played a leading role on a number of seniors’ groups coalitions and represented the interests of pensioners on numerous boards and committees. As the Association’s representative, he negotiated the Public Service Health Care Plan and is still the pensioners’ representative on the Public Service Pension Advisory Committee. He was appointed first Chair of the National Seniors Council in 2007, is a Life Member of the Association, and was awarded the Queen Elizabeth II Diamond Jubilee Medal in 2013. 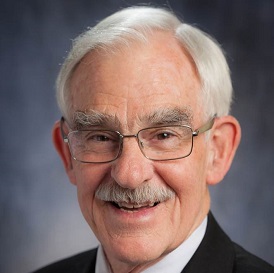 Roy Goodall served in the Canadian Forces for 38 years, retiring with the rank of Major. He brings comprehensive financial, personnel and project management know-how, in both national and international settings. After joining the Calgary and District Branch board in 2005, Roy served as a director, Treasurer, First Vice President, President and Past President. Roy was a key player in authoring the organization’s national by-laws and led the team that completed the branch incorporation process. Roy is also committed to advocacy, having served as the Provincial Advocacy Officer for Alberta since 2012. He was elected to the National Board in 2014. 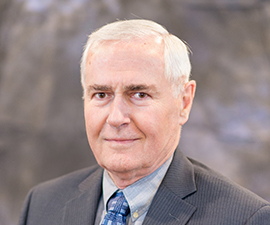 Brian Strongman is a retired peace officer with over 38 years of experience at all levels of management. Throughout his career, he acquired extensive skills and experience in personnel administration, career planning, conflict resolution and crisis management while employed with the RCMP and the United Nations. Brian has served the Association as a Regional Services Officer in British Columbia. During his years as an Association volunteer, Brian has also served as Health Benefits Officer, Secretary/Treasurer and President of the Kootenay branch before being elected to the National Board in 2014 and re-elected in 2017.

Director, District of BC and Yukon: Randy Wilson 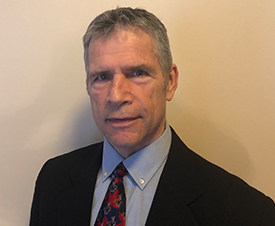 Randy completed 35 years of service in the RCMP. He retired at the senior executive rank of Chief Superintendent, having spent 5 years as the District Commander for Vancouver Island, the Gulf Islands and Powell River.

During his career, he also served as Assistant District Commander in the S.E of British Columbia and worked at Headquarters in Ottawa as a security coordinator for Prime Minister Chrétien's travel, where regular “behind the scenes” exposure to head of government/staff interactions provided insight into the workings of elected officials and bureaucrats. Randy joined Federal Retirees’ Board of Directors in June 2019. 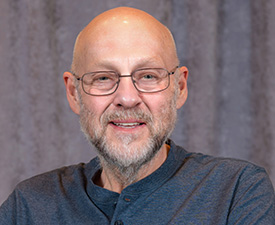 Rick worked as a Director of Human Resource Management at the Land Force Western Area (National Defence). He has also worked in the municipal and provincial sectors in the Human Resources field. He has been involved in the Association since his retirement in 2014. He started his involvement as a member of the Board of Directors with the Edmonton Branch, was appointed as the Health Benefits Officer and volunteered as the Acting Secretary for that Branch. He then successfully ran as the First Vice President. In 2018, Rick was elected District Director (Prairies & NWT) for a three-year term. Rick has been active with a wide variety of other volunteer activities and is a member of the University of Alberta Business School’s faculty. 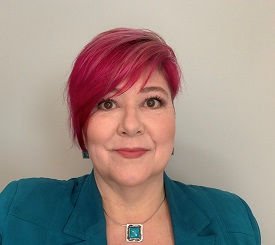 With over 37 years with CRA, Customs & Excise, and Health Canada, Connie Kehler brings a wealth of experience in strategic planning, training, recruitment, and project management, including 11 years at the senior management level. Working primarily in Human Resources, Connie served on numerous committees and projects at the local, regional and national levels, as well as interdepartmentally. A member since 2015, she joined the Winnipeg & District Branch in November 2018 as director at large, responsible for social media and website updates. She was elected to the national board in December 2020. 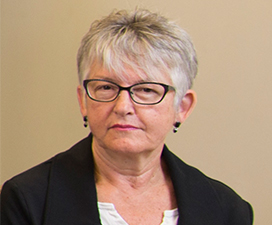 Linda MacDonald brings 40 years of advocacy experience to the national board. She spent her 30- year career with the Canadian Forest Service, and for 25 of those years, was the PSAC representative and local president. Since retiring, she has volunteered with the Association, and for the past 10 years was president of the Algoma Branch. Linda also serves on the board of her curling club and is a member of the Sault Ste. Marie and Algoma Seniors Health Advisory Committee. She continues to advocate for protection of members’ pensions and benefits and for better volunteer training opportunities. 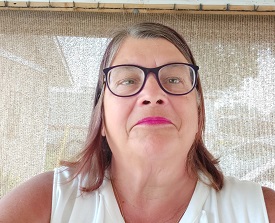 During her 35-year career in a variety of departments at the Canada Revenue Agency, Carol Grieco was responsible for coordinating a wide range of programs and assignments requiring a strong ability to plan and organize workloads. She also developed and delivered training to volunteers, coordinating the Income tax preparation clinics where volunteers prepared basic tax returns for various community groups. Carol joined the Association upon retirement in 2007 and started volunteering with the Kitchener Branch in 2009. She served as director at large, recording secretary, first vice president and was elected president of the branch in April 2012. Carol joined the national board in 2021. 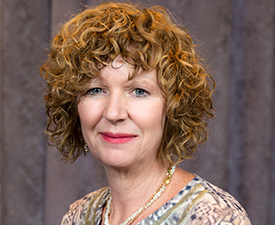 Hélène is an economist who graduated from the Université de Montréal in 1983. She retired in March 2016, after a 32-year career with the Public Service, where she held executive positions in a number of organisations (Canadian Transportation Agency, Health Canada, Canadian International Trade Tribunal, Privy Council Office) and was Visiting Executive at the Canadian Association of Public Service Executives (APEX). She was a member of the Board at the Ottawa Branch between January 2017 and June 2018, and was the Chair of the Branch Community Liaison Committee (BCLC). In 2018, Hélène was elected District Director (Ottawa & Nunavut) for a three-year term. 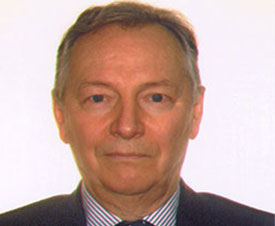 Daniel Brunet is a lawyer and was admitted to the Bar in 1979. Over the course of his career at the Federal level, he appeared before the Federal Courts and the Supreme Court of Canada. He first practiced as a prosecutor on behalf of the Attorney General of Quebec and subsequently practiced as a litigator on behalf of the Information Commissioner of Canada. His last position was Senior Legal Counsel. After retiring from the Public Service in 2014, Daniel was elected to the Ottawa Branch Board of Directors in 2016 and appointed as chair of the Branch’s Membership and Services Committee. Daniel was elected to the National Board in 2017. 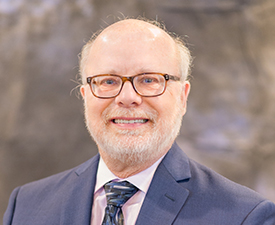 A member since retiring in 2009, Jacques Lambert served in the public service for 41 years with several departments, including Veterans Affairs Canada and the Ministry of Employment and Immigration. For more than 15 years, Jacques has been actively involved in national committees and on management boards. Jacques was elected to the board of the Montreal Branch in 2009 and most recently served as its President. He was a key contributor to the Association’s by-law review process and worked diligently on the Honour Your Promise campaign within the Montreal region. Jacques was elected to the National Board in 2014 and re-elected in 2017. 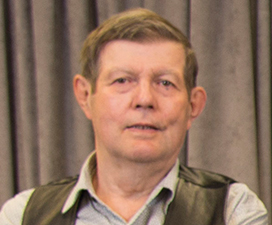 James Nicholson has more than 24 years of service in the Canadian Forces, a dozen years of experience in the private sector and six years more with the federal government. Since joining the Association in 2005, he has taken on increasingly responsible roles, using his managerial and practical experience to help update the Quebec Branch’s bylaws, organize advocacy campaigns and bring people together. He enjoys situations that require meeting precise objectives within short deadlines, working with stakeholders and preparing and overseeing budgets. While working in a union environment, he participated in two negotiations that led to renewed collective agreements. 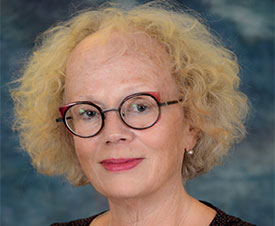 Megan Williams’s career in the federal public service was with the Canada Council for the Arts in Ottawa and Canadian Heritage in Halifax. Her expertise includes non-profit governance, strategic planning, succession planning, board governance and capacity building. In the latter part of her career, she was National Director of the Canadian Conference of the Arts, an arts advocacy organization, where she gained experience in government relations and advocacy by addressing the CRTC, the Finance Committee, and the Heritage Committee as well as lobbying individual Members of Parliament. She was elected Vice President of the Board of Directors of the South Shore Branch in April 2017 and elected to the National Board in June 2017. 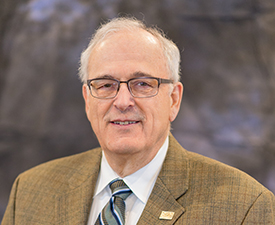 Léonard LeBlanc began his career in teaching, which quickly segued into work with the federal government. Highlights of his career include being Director, Corporate Programs at the then-new Atlantic Canada Opportunities Agency, and Regional Vice Chairperson (Atlantic Region) of the National Parole Board. After retirement, Léonard became involved with the Association. He was elected to the National Board in 2011 and re-elected in 2016. In 2014, Léonard was elected District Director (Atlantic) for a two-year term. He chairs the Regulations and Governance Committees and is a member of the Board’s RSO Transition Committee. 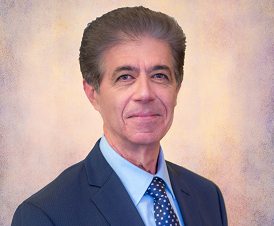 Before joining Federal Retirees, Anthony Pizzino was a co-founder of the Executive Directors Network, which brings together senior management staff from professional associations and unions across Canada. He has extensive leadership experience, most recently serving as the inaugural executive director of AMAPCEO, the union for Ontario’s professional employees, where he defined and delivered strategic direction for the second largest bargaining agent in the Ontario public service. He is committed to results-driven and people-focused business strategies that drive positive organizational change, streamline internal processes and improve internal and external relationships.